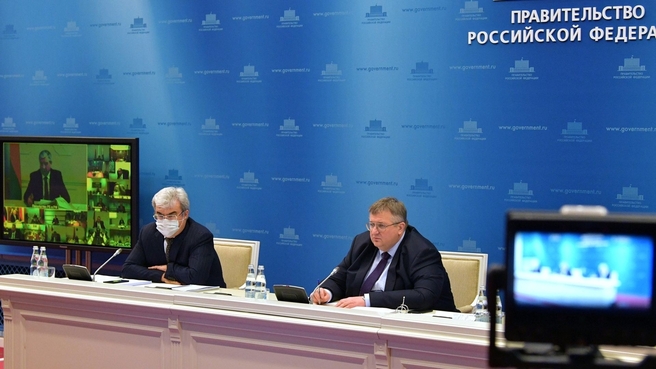 Deputy Prime Minister Alexei Overchuk took part in a meeting of the High-Level
Group of the Council of Ministers of the Union State of Russia and Belarus.

During the meeting, held via videoconference, the participants discussed current
issues of Russia-Belarus trade and economic cooperation, including contacts in
the transport, humanitarian and banking areas.

They paid special attention to the degree of readiness of issues to be
submitted for consideration at the forthcoming sessions of the Union State
Council of Ministers and Supreme State Council.

The sides continued work to integrate phytosanitary control information
systems and discussed the implementation of the protocol decisions of the
High-Level Group of the Union State Council of Ministers.

Following the meeting, the Standing Committee of the Union State was
instructed to draft protocol decisions and ensure coordination in implementing
the agreements reached.