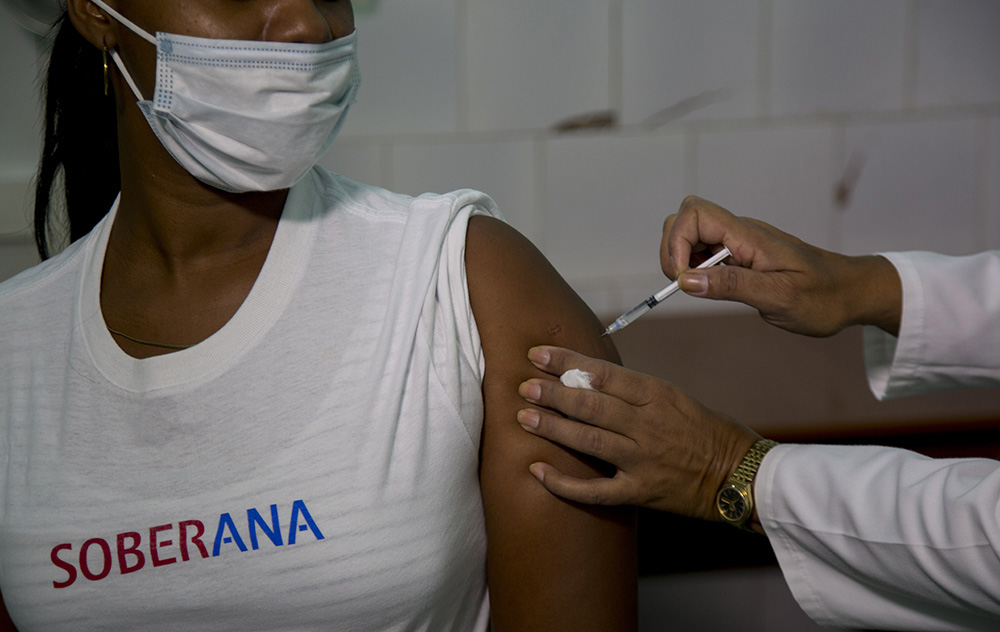 Havana, January 29, 2021. Although the hopes of Cuban science to defeat COVID-19 appear to be centered on the remarkable progress of studies of the Soberana 02 candidate vaccine, the truth is that clinical trials to demonstrate the safety and immunogenicity of Soberana 01 are also showing promising results.

Dr. Rolando Ochoa Azze, lead researcher at the Finlay Vaccine Institute, responsible for the development of both candidates, explained that, after analysis of the five formulations within the Soberana 01 family was concluded in December of 2020, its less complex and safer variant was chosen for testing in clinical trials that began January 16.

He explained that the study is being conducted with subjects who have recovered from the disease and were found to have a low level of antibodies and could therefore be susceptible to re-infection.

The 30 volunteers (between 19 and 59 years of age) selected for the test, underway at the Institute of Hematology and Immunology, in Havana, had mild cases of COVID-19 or were asymptomatic, and tested positive for antibodies following the infection.

Dr. Arturo Chang Monteagudo, principal investigator of the 28-day study, explained that, although choosing healthy younger subjects is standard practice in Phase I trials, in this instance, research is being conducted on a population that has already been in contact with the virus, including volunteers with chronic, but well-controlled pathologies.

The issue of interest is the inhibition ability of antibodies against SARS-COV-2 at a relatively low level, that is: Do those with few antibodies have immunity to the virus?

“The most important thing is to protect this sector of the population that, although they have been infected, could be re-infected and develop the disease. Thus, this trial is unique worldwide, since research has been focused on the population sector that has not been infected,” he stated.

Dr. Chang reported that no serious adverse side effects have been observed, and explained that the trials involve administering the vaccine only once since the volunteers have already been vaccinated naturally when they were previously in contact with the virus. Therefore, the single dose functions as a booster or reminder to the individual’s immune system.