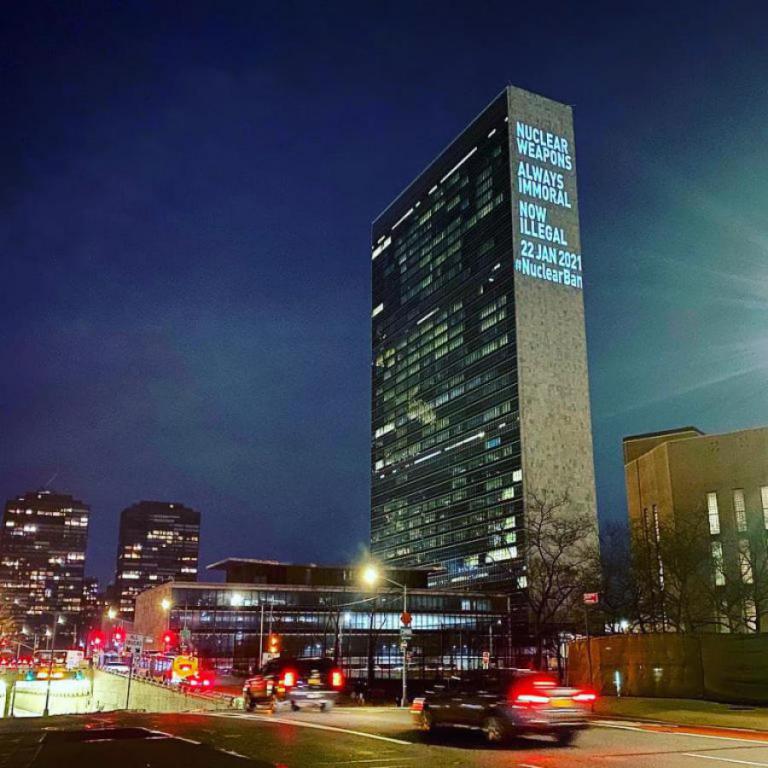 It makes an effective contribution to general and complete disarmament – as well as to international peace and security – by establishing a new rule of international law that categorically prohibits nuclear weapons in all circumstances and nuclear testing of all kinds. Cuba signed the Treaty on the same day it was opened for signature at the United Nations headquarters. It was the fifth Member State to ratify it, on 30 January 2018.

Among the principles of the foreign policy of the Republic of Cuba, included in the Constitution promulgated on 24 February 2019, it is reaffirmed that: “it promotes the general and complete disarmament and rejects the existence, proliferation or use of nuclear weapons, weapons of mass destruction or those with similar effects, as well as the development and use of new weapons and new forms of waging war, such as cyber warfare, that transgress international law”.

With the entry into force of this Treaty, the international community has clearly established that nuclear weapons are not only inhumane, immoral and ethically indefensible, but also illegal.

Repercussion in the Liberian press on the Caravan in Cuba against...