His Excellency Albert SHINGIRO declared that the organization of the Diplomatic Week is a usual exchange session between the Ministry of Foreign Affairs and Development Cooperation and the Heads of Diplomatic and Consular Missions and the Representatives of International Organizations and Regional Organizations . It is also an opportunity to make trips and excursions in relaxation.
On monday, june 27, 2022, His Excellency Ambassador Albert SHINGIRO, Minister of Foreign Affairs and Development Cooperation launched the activities dedicated to the Diplomatic Week Edition 2022, scheduled from june 27 to 30, 2022 under the theme: “An active diplomacy for the service of agricultural development and the strengthening of national sovereignty”.
Mr. Thierry Willy NIKUZE, in his presentation on bank financing opportunities in the agricultural sector, showed the role of the BCAB in this sector. 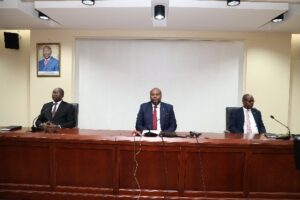 In his opening speech, His Excellency Ambassador Albert SHINGIRO welcomed all Diplomats and guests. The Minister of Foreign Affairs and Development Cooperation indicated that the Diplomatic Week was organized with the aim of better understanding the realities of Burundi to find ways of international cooperation. He indicated that the Government of Burundi wanted Burundi’s partners to support the efforts of the Burundian President, His Excellency Evariste NDAYISHIMIYE in the country’s development project so that Burundi sees its sovereignty established and stable. According to the Minister, His Excellency Evariste NDAYISHIMIYE is committed to developing the agricultural sector to exploit the natural resources of our dear country, Burundi. To this end, the Minister called on the partners to visit the strategic places in Burundi in order to inquire about its wealth in natural resources.
Ambassador Laurent KAVAKURE explained to the Diplomats that the objective of presenting the history of Burundi from colonization to national sovereignty is to make them understand in depth the realities of Burundi, which has delayed the development of the country. It was also to open up avenues of cooperation by inviting them to support the President of the Republic His Excellency Evariste NDAYISHIMIYE on the path to national development.
The Minister’s speech was followed by a presentation session on the fight for the recovery of the national sovereignty of Burundi carried out by Ambassador Laurent KAVAKURE, the former Minister of Foreign Relations and International Cooperation, currently Commissioner for Truth and Reconciliation Commission (TRC). 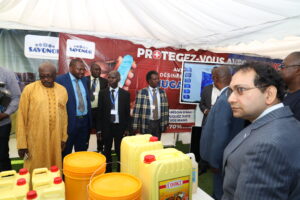 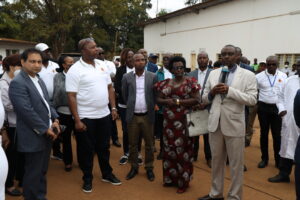 During the discussions for the year’s edition, the Minister briefed the participants on the six priorities of the Government of Burundi, which are: good governance, development of the agriculture and livestock sector, public health, employment of young people, care of pensioners and repatriation of refugees.
Ambassador Laurent KAVAKURE announced that the President of the Republic His Excellency Evariste NDAYISHIMIYE is doing his best to defend and establish national sovereignty through the economic development of the country. This is localized on the development of agriculture, the basis of the life of the Burundian population. The Head of State wants every mouth to have something to eat and every pocket to have money. 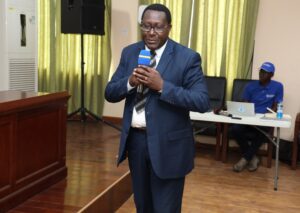 As for Mr. Apollinaire MASUGURU, he indicated that the FAO intervenes in Burundi in the “FAO Country Programming Framework (CPP) for the Republic of Burundi 2018-2023”, which establishes 3 priority areas at the State level in order to guide the partnership with the FAO and the support that the Organization provides to the Government of Burundi. These are: the sustainable improvement of food and nutritional security through the increase in agricultural, animal, forestry and fishery production, the sustainable management of natural resources and the strengthening of resilience in the face of climate change and the strengthening of institutional and organizational capacities.
The Representative of the People’s Republic of China who spoke on behalf of the Diplomats present, thanked the Ministry of Foreign Affairs and Development Cooperation which thought about the organize of the Diplomatic Week because it was an opportunity to realize the realities of deep Burundi. 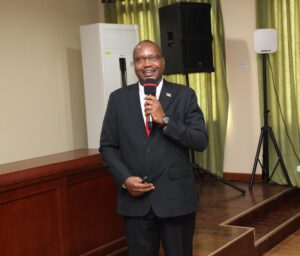 In his presentation, Ambassador Laurent KAVAKURE spoke of the major dates that marked the history of Burundi. He said that from 1885 to 1962, Burundi went through bad situations. Burundi received its Independence in 1962 but a trapped independence. That is to say that this independence was not celebrated because massacres followed. Ambassador Laurent KAVAKURE indicated that only the Flag of the German colonizers was lowered and the Flag of Burundi was raised. This period was marked by ethnic divisions, regionalism and Belgium’s opposition to the recovery of Burundi’s national sovereignty. Former Minister Ambassador Laurent KAVAKURE stressed that there was promulgation of the new constitution to adapt to the Arusha agreement which says ethnic equality.
The second day was marked by presentations on the national effects in agricultural development in Burundi presented by Engineer Déo Guide RUREMA, presentation on FAO support in agricultural development in Burundi presented by Mr. Apollinaire MASUGURU, Assistant to the Representative of the FAO in Burundi, and finally presentation on the opportunities for bank financing of the agricultural sector: the role of the BCAB presented by Mr. Thierry Willy NIKUZE, Managing Director of the Community and Agricultural Bank of Burundi (BCAB).
The Diplomats ended their excursion at the Ijenda Tea Complex where they admired the operation of the factory and the tea produced there. After the excursion, the participants met at the Nonoka Hotel in Ijenda to close the activities. In his closing speech, the Minister of Foreign Affairs and Development Cooperation, His Excellency Albert SHINGIRO warmly thanked the Diplomats who responded to this Week which is dedicated to them. He also thanked the President of the Republic, His Excellency Evariste NDAYISHIMIYE for making Agriculture the real basis of the national economy.
In his presentation on the national effects in agricultural development in Burundi, the Minister of the Environment, Agriculture and Livestock, Engineer Déo Guide RUREMA called on partners to support the President of the Republic of Burundi in Burundi’s agricultural development path.
The last day of Diplomatic Week was marked by an excursion inside the country and a visit to certain factories. The Diplomats were able to visit the SAVONOR factory which manufactures soaps and other cosmetic products. They also went to Mwaro province to visit the Institute of Agronomic Sciences of Burundi (ISABU), Regional Research Station of Gisozi. The mission is to develop, disseminate, and facilitate the adoption of appropriate agricultural techniques in collaboration with the various partners, while ensuring careful management of natural resources. 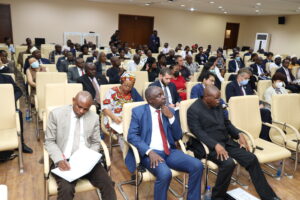