Flagship actions carried out at the level of the Central Administration 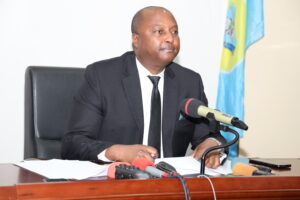 His Excellency Albert SHINGIRO, the Minister of Foreign Affairs and Development Cooperation cites the key actions that were carried out at the level of the Central Administration during the 2021-2022 year. This is the development of a strategy for good governance, the fight against corruption and other economic malfeasance in line with the policy of zero tolerance to the phenomenon of corruption, the adoption for the first time in the history of Burundi of a foreign policy document which acts as a dashboard for the diplomatic action of our country, the adoption by the Council of Ministers of a protocol guide for Burundi which is a frame of reference for protocol units of the country’s institutions this document will enable Burundi to adopt a unified protocol at the level of diplomatic practices established in accordance with the Vienna Convention on Diplomatic Relations of 1961 and the Vienna Convention on Consular Relations of 1963 as well as to other relevant International Treaties, has put in place, for the first time in the country’s history, a law on the diplomatic service which will serve as a legal framework to manage the ca diplomatic quarry which will henceforth fall within the domain of the law, the implementation of the government’s policy aimed at transforming the State of Burundi into a state owner and not a tenant, in particular by acquiring its own buildings abroad to serve as chancelleries and residences, and the development of an Action Plan for the implementation of the National Strategy for Regional Integration. The document was transmitted to the competent authorities to be presented to the Council of Ministers. 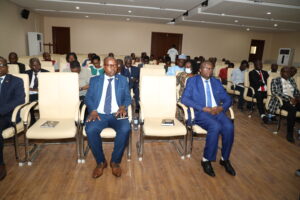 With regard to the key activities carried out within the framework of ensuring the administration of diplomatic privileges and immunities, His Excellency Albert SHINGIRO indicated that the Ministry coordinated the hearings requested from State Institutions by the Missions Diplomatics and International Organizations; welcoming and supervising foreign delegations; administered accreditations; legalized the documents, treated the files of requests for exemption of the material used by the diplomatic and consular missions accredited in Burundi, granted diplomatic cards, of service, treated the files of request for visas of establishment; granted the license plates Diplomatic; granted Approvals to resident and non-resident Foreign Ambassadors. 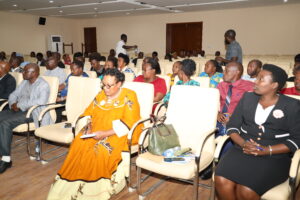 With regard to diplomatic communication, the Ministry has developed and transmitted quarterly bulletins and magazines in French and English, has published several articles and information respectively on the website, the twitter account, the Instagram account and the Facebook page of the Ministry, designed and submitted to partners for funding, the production project of a documentary film and booklets in French and English, in order to promote the brand image of our dear country. The Ministry also organized from june 09, 2022 to june 30 the Open Entrances Day, 2022 edition, and the Diplomatic Week, 2022 edition, from july 27 to 30, 2022.