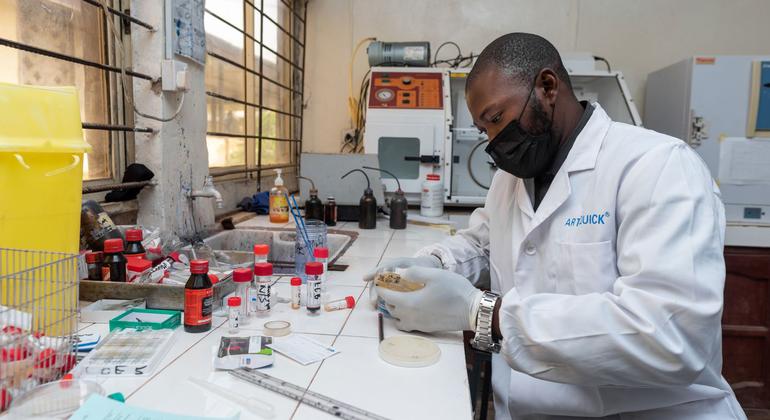 Each year, roughly 1.3 million people worldwide die due to AMR. The new strategy calls for strengthening surveillance of antimalarial drug efficacy and resistance, optimizing and better regulating the use of diagnostics and therapeutics, limiting the spread of antimalarial drug-resistant parasites, and promoting greater research and innovation.

The strategy was announced at the start of World Antimicrobial Awareness Week, which runs from 18 to 24 November.  “The world needs to join forces now to prevent drug-resistant diseases and reduce its implications.”  “As it stands, we just have artemisinin-based combination therapies for uncomplicated malaria. So, any threat to these drugs could lead to lots of cases and deaths, which we obviously want to avoid.” Sub-Saharan Africa accounts for a disproportionately high share of the global malaria burden, with around 96 per cent of all cases and deaths in 2020.

Malaria is caused by parasites that are transmitted to humans through the bites of infected female Anopheles mosquitoes.  Relatedly, a new stakeholder platform has been launched to tackle the antimicrobial resistance (AMR) threat to people, animals, plants and ecosystems.

Although resistance to ACT partner drugs has not been confirmed in Africa so far, the lack of data from several countries is among the worrying signals.  Furthermore, worrying signs indicate parasites in some areas may be resistant to drugs that are commonly combined with artemisinin.  “Although antimalarial drug resistance is a serious cause for concern, artemisinin-based combination therapies (ACTs) remain the best available treatment for uncomplicated P. falciparum malaria,” said Dr. Pascal Ringwald, lead author of the new strategy and a Coordinator in the WHO Global Malaria Programme.  The platform is an initiative by WHO, together with the Food and Agriculture Organization (FAO), the UN Environment Programme (UNEP), and the World Organisation for Animal Health (WOAH).

It contains recommended interventions, that include generating standardized data on drug efficacy, and developing innovative tools to limit malaria infection and transmission.  In recent years, there have been reports from the continent of emerging parasite resistance to artemisinin, the core compound of the best available medicines to treat malaria, said WHO.   Numbers could soar dramatically unless action is taken, WHO warned, leading to higher public health costs as well as more people being pushed into poverty, particularly in low-income countries.

As a result of drug resistance, medicines to treat the life-threatening disease become ineffective.  Resistance occurs when bacteria, viruses, fungi and parasites change over time and no longer respond to medicines, making infections harder to treat, thus increasing the risk of disease spread, severe illness and death.  “We don’t have that many options for malaria drugs,” said Dr. Dorothy Achu, the new Team Lead for Tropical and Vector Borne Diseases for the WHO African Region. Parasite resistance to artemisinin has been identified in the Greater Mekong sub-region in Southeast Asia, and several areas in Africa, notably Eritrea, Rwanda and Uganda.  Although antibiotics and other antimicrobials have greatly improved human and animal health over the past century, overuse and misuse have reduced their efficacy.  The aim is to step up efforts to both save lives and preserve the efficacy of antimicrobials for current and future generations by using them sustainably.