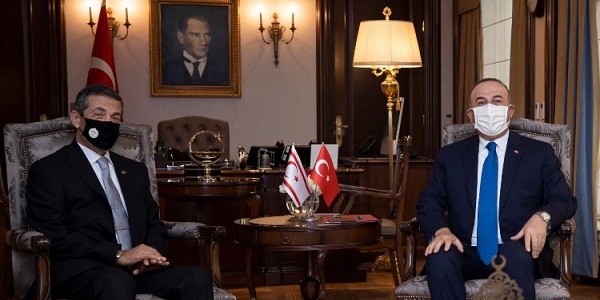 On 11 January 2021, Foreign Minister Mevlüt Çavuşoğlu had a meeting in Ankara with Foreign Minister Tahsin Ertuğruloğlu of the Turkish Republic of Northern Cyprus (TRNC), who was making his first official visit abroad to Turkey.

Minister Çavuşoğlu emphasized that we were at a crucial turn on the Cyprus issue, that the federation option had been exhausted, that we were advocating the two-state settlement based on sovereign equality, and that our conference proposal on Eastern Mediterranean including TRNC was still on.