FOREIGN MINISTERS OF MONGOLIA AND HUNGARY HELD A BILATERAL MEETING 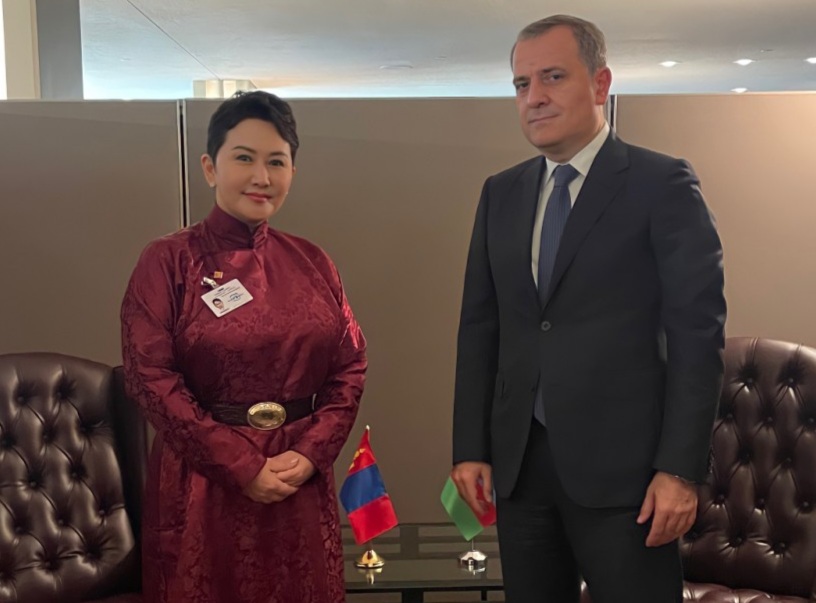 Foreign Minister Peter Szijjarto stressed that Hungary attaches a great importance to Mongolia-Hungary relations and expressed its willingness to cooperate on development project that can be flagship for the bilateral ties while contributing to advancement of Mongolia’s national development agenda.During the meeting Ministers deliberated on possible cooperation to contribute to the implementation of the national long-term development agenda as well as mid-term “New economic recovery policy” undertaken by the Government of Mongolia.During the meeting, Ministers signed “Memorandum of Understanding between the Ministry of Foreign Affairs of Mongolia and the Ministry of Foreign Affairs and Trade of Hungary on cooperation in the field of diplomatic training”.In New York, on the margins of the 77th session of the UN General Assembly, H.E. Mrs. Batmunkh Battsetseg, Minister for Foreign Affairs of Mongolia, met her counterpart H.E. Mr. Peter Szijjarto, Minister for Foreign Affairs and Trade of Hungary, and had discussions on the current state of the bilateral relations and cooperation.