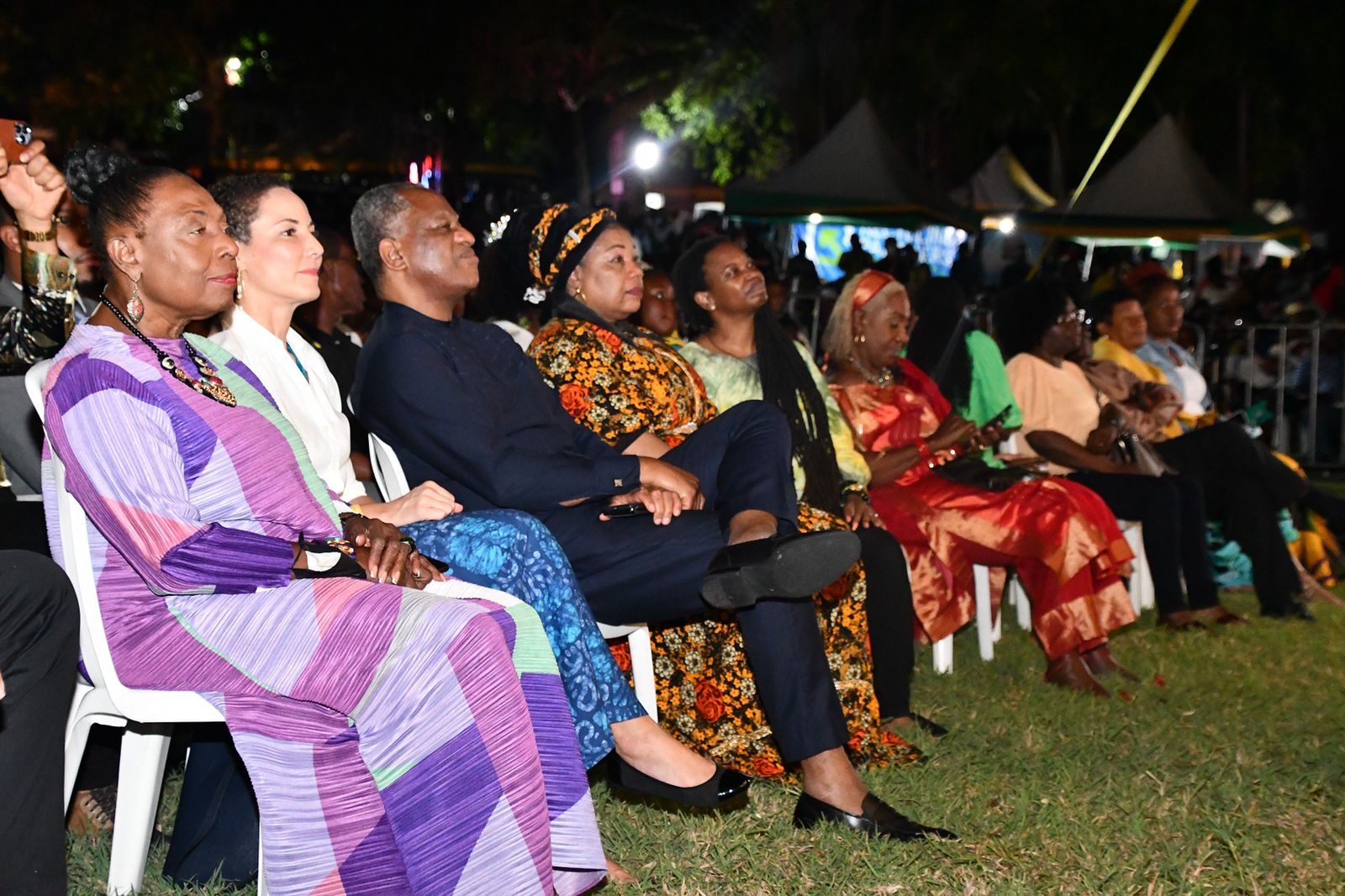 The Nigerian Foreign Minister arrived on the island on Saturday, July 30. He previously visited Jamaica on the historic Inaugural Charter Flight from Lagos to Montego Bay in December 2020.Jamaica and Nigeria enjoy fifty-two years of diplomatic relations.
“Jamaica looks forward to a fruitful dialogue with the Nigerian delegation, which follows closely the Jamaica/Nigeria Joint Commission held in February this year in Nigeria. We expect to bring our mutual goals closer to reality,” stated the Jamaican Foreign Minister.
Senator the Honourable Kamina Johnson Smith, Minister of Foreign Affairs and Foreign Trade has welcomed His Excellency Geoffrey Onyeama, Minister of Foreign Affairs of the Federal Republic of Nigeria, to Jamaica for an official visit. The Nigerian Foreign Minister is a special guest for Jamaica’s Emancipation celebration activities and will participate in bilateral meetings with his Jamaican counterpart.
Johnson Smith added, “Since his arrival, he has participated in two of our main calendar events for Sunday, July 31, namely the National Emancipation and Independence Thanksgiving Church Service and the Emancipation Jubilee at Seville Heritage Park, which showcased Nigerian cultural performances, and at which he delivered remarks. The support of the Nigerian government in this regard, including through the direct efforts of Her Excellency Maureen Tamuno, Nigeria’s High Commissioner, truly enhanced the richness of the evening, given the role that Nigerian traditions play in the very fabric of Jamaica’s cultural heritage.”
Caption: Minister of Foreign Affairs and Foreign Trade, Senator the Honourble Kamina Johnson Smith (centre), Nigerian Foreign Affairs Minister, His Excellency Geoffrey Onyeama (right) as well as the Minister of Gender Entertainment and Sport, Honourable Olivia Grange (left) and other spectators enjoy a presentation at the Emancipation Jubilee held at the Seville Heritage Park on Emancipation Day, August 1
On Emancipation Day, August 1, Minister Onyeama attended the Special Session of the General Assembly of the International Seabed Authority, to commemorate the 40thAnniversary of the United Nations Convention on the Law of the Sea (the Montego Bay Convention).Minister Johnson Smith also addressed that event. He also later participated in the Jamaica Festival Queen Coronation.
On Tuesday, August 2, Minister Johnson Smith will host her Nigerian counterpart for bilateral discussions at the Ministry’s headquarters in downtown Kingston. It is anticipated that discussions will focus on common areas of interest including strengthening collaboration with the Nigerian Technical Aid Corps and on petroleum and energy, agriculture, culture and transportation, among other areas.
(MFA&FT: August 1,2022)
Minister Johnson Smith noted, “I am delighted to welcome Minister Onyeama to Jamaica to participate in our Emancipation celebrations, as this year’s commemoration is such a special one for Jamaica. Minister Onyeama’s presence also provides the opportunity for us to re-ignite our ancestral connections. So many of our people can trace their lineage back to Nigeria. Our bond, therefore, is special because it is so deeply entrenched in our shared history and past.”