Wife of A Spy depicts a couple who are at the mercy of time: Director Kiyoshi Kurosawa

An emotional roller coaster, where a wife, who was at first torn by jealousy due to an act of her husband,  does the unthinkable to ensure her family’s safety when she discovers the truth. The closing film of the 51st edition of International Film Festival of India (IFFI), Japanese movie Wife of Spy directed by Kiyoshi Kurosawa tells the story of a husband and wife who are thrown off guard by some unforeseen circumstances. 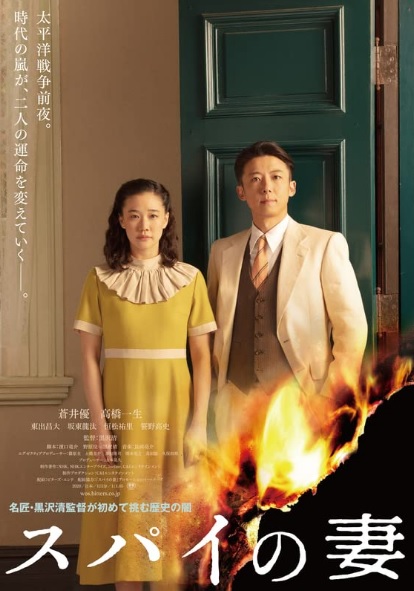 Kurosawa, who addressed the IFFI 51 closing ceremony through a video message, said: “It is a huge honour that Wife of A Spy has been selected as the closing film of IFFI. I had been to Goa 6 or 7 years back. It is really a wonderful memory for me. Everything is beautiful out there, the ocean, town and the people who are so kind. Especially the food was really delicious. I spent dream-like days there. I wanted to come there in person and meet all of you, but I know it is impossible now. All I can do is talk online from Japan. But the film has reached beyond the sea and I believe it tells you eloquently rather than I speaking about it. My movie is set in Japan of the 1940’s, and it depicts a couple who are at the mercy of the time.” As a parting word, Kurosawa requested all to enjoy the film till the end.

Wife of a Spy is a periodic drama, which tells the story of Satako, played by Japanese actor Yu Aoi and Yusaku Fukuhara played by Issey Takahashi. The night before the outbreak of World War II, local merchant, Yusaku Fukuhara, senses that things are headed in an unsettling direction. He leaves his wife Satoko behind and travels to Manchuria. There, he coincidentally witnesses a barbarous act and is determined to bring it to light. He leaps into action. Meanwhile, Satoko is called on by her childhood friend and military policeman, Taiji Tsumori. He tells her that a woman her husband brought back from Manchuria has died. Satoko is torn by jealousy and confronts Yusaku. But when she discovers Yusaku’s true intentions, she does the unthinkable to ensure his safety and their happiness.

This 115-minute-long film was selected in the main competition section of the 77th Venice International Film Festival, where it won the Silver Lion.

Kiyoshi Kurosawa is a Japanese film director, screenwriter, film critic and a professor at Tokyo University of the Arts. He has worked in a variety of genres and is best known for his many contributions to the Japanese horror genre.

Minister of State for Culture and External Affairs, Smt. (January 15–19,...

Minister of Foreign Affairs’ visit to Sri Lanka and the Maldives...

Foreign Policy and Security Dialogue (FPSD) between India and RoK

As India’s new ambassador to the Republic of Azerbaijan, Shri M....

As the new Indian ambassador to the Republic of Armenia, Ms....

At the same time, Shri Sibi George was named India’s next...