Main results of the video conference of transport ministers

Ministers started their informal video conference with a policy debate on a proposal to revise EU road charging rules (Eurovignette directive). The aim of the proposal is to address important issues such as greenhouse gas emissions and other environmental impact, congestion and road infrastructure financing.

In its background note, the presidency had invited ministers to share their views on two issues:

At the end of the debate, the presidency concluded that the discussion had shown that the presidency was on the right track on both of these issues, so it would proceed accordingly, with a view to preparing a draft negotiating mandate for the meeting of the Council’s Permanent Representatives Committee on 18 December. 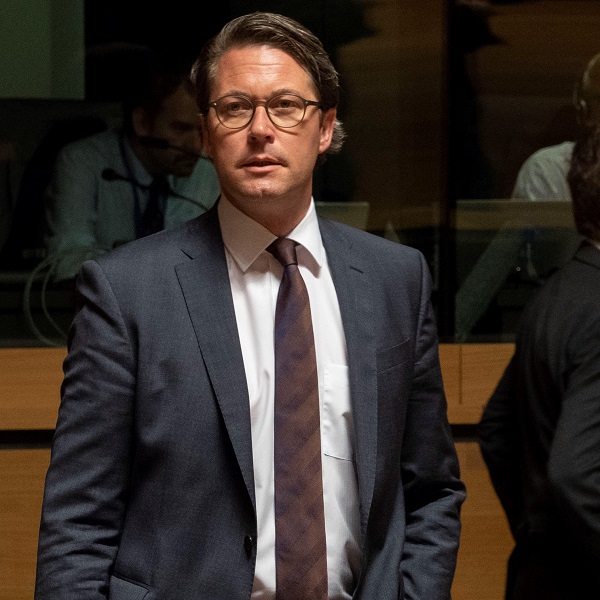 Updated road charging rules will play a key role in the EU’s efforts to make transport greener and more sustainable, and to achieve the CO₂ reduction targets for 2030 in road transport. Moving forward on this dossier has been a high priority for the German presidency, and I am confident that we will be able to agree on a Council position by the end of our term.

Ministers held an informal policy debate on the Commission’s proposals on the Single European Sky (SES), presented in September 2020. The objective of the proposals is to improve the European airspace management and air navigation services system in order to increase capacity, improve cost-efficiency and enhance the system’s ability to adapt to variations in traffic, while also trying to reduce the CO₂ footprint of aviation. The presidency had prepared a discussion paper with questions for ministers to steer the debate.

During the discussion, member states expressed support for the overall objectives of the SES, in particular in relation to the digital agenda and Green Deal goals, and they broadly welcomed the aim of simplifying and improving the existing legal framework. However, many ministers see the risk that some of the proposed provisions would result in additional administrative burden and costs.

Some member states considered that the proposals did not fully respect member states’ sovereignty and responsibility over their airspace in line with the Chicago Convention and the sovereign nature of air traffic services. They emphasised the need to fully reflect the principles of subsidiarity and proportionality in the rules, as well as the military, security and defence dimensions.

While member states expressed strong support for strengthening the network perspective and the role of Eurocontrol, some ministers pointed out the need for further clarifications for the functions and tasks of the Network Manager.

The reform should also take account of all specificities of different member states. In this respect, many ministers expressed concerns regarding the appropriateness of Union-wide targets for terminal services and member states’ limited role in the performance planning and the setting of unit rates.

Member states also see the need to clarify the benefits of the proposal to set up an independent European regulator, the Performance Review Body (PRB), within the European Aviation Safety Agency (EASA).

Ministers recognised the efficiencies that digitalisation and a market approach could bring to the provision of support data services. Nevertheless, the possibility for states to maintain an integrated air traffic management for civil and military aviation should remain.

A number of ministers pointed out that the new rules should take into account the needs of all stakeholders and aim to pursue the objectives without creating any unnecessary administrative burden and costs. In this regard, some ministers regretted that the proposal does not consider the dramatic impact of COVID-19 on the industry and introduces structural changes with the potential to create further fragmentation and greater complexity at a time when the industry needs stability to recover.

Member states deemed it necessary for the aviation industry to reduce its CO₂ emissions. However, several delegations mentioned that certain measures, such as the mandatory modulation of charges at European level or a common unit rate, would require further cost-benefit analysis.

The presidency briefed ministers on the discussions on a new mobility approach that will complement the sustainable and smart mobility strategy to be presented by the European Commission on 9 December. The presidency also updated ministers on the state of play of current rail transport proposals and the impact of COVID-19 on air passengers’ rights.

The Luxembourg delegation reiterated its demand for concerted investment in the extension of the European rail network, and the Finnish delegation briefed ministers on a high-level meeting on connected and automated driving. The Austrian delegation presented a joint declaration submitted together with Belgium, Denmark, France, Italy, Luxembourg, the Netherlands and Portugal calling upon the Commission and all stakeholders to work towards a socially responsible recovery of the aviation industry. The Polish delegation updated ministers on a joint Visegrad Group statement on the upcoming revision of the trans-European transport networks (TEN-T).

The Commission briefed ministers on the crew change crisis in the shipping sector caused by the COVID-19 pandemic. It also provided an update on the exchange platform for air passenger locator forms which help member states undertake risk assessments of arrivals and enable contact tracing in the context of the COVID-19 pandemic and urged Member States to participate in the pilot project run by EASA.

The incoming Portuguese presidency presented its work programme for the first half of 2021.

All the agenda items of this video conference were taken in public session.

Thirteenth meeting of the Accession Conference with Serbia at Ministerial level