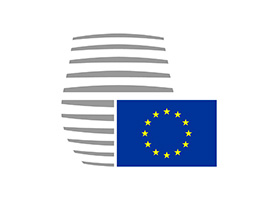 The Council today adopted amendments to the so-called Benchmark Regulation addressing the termination of financial benchmarks.

The amendments have been made against the background of an expected phasing-out of the London Inter-Bank Offered Rate (LIBOR) by the end of 2021. The aim of the new rules is to reduce legal uncertainty and avoid risks to financial stability by making sure that a statutory replacement rate can be put in place by the time a systemically important benchmark is no longer in use.

The new rules also cover the replacement of a benchmark designated as critical in one member state, through national legislation.

In addition, the amendments to the Benchmark Regulation extend the transition period for the use of third-country benchmarks until the new rules governing the use of such benchmarks are applied.

EU supervised entities will be able to use third-country benchmarks until the end of 2023. The Commission may further extend this period until the end of 2025 in a delegated act to be adopted by 15 June 2023, if it provides evidence that this is necessary in a report to be presented by that time.

The text of the regulation adopted today will be signed on 10 February and is expected to be published in the Official Journal on 12 February. It will enter into force and apply from the following day.

Fit for Future Platform: Better EU law thanks to the assessment...