Translation of stories from the Golden Age into Malay language 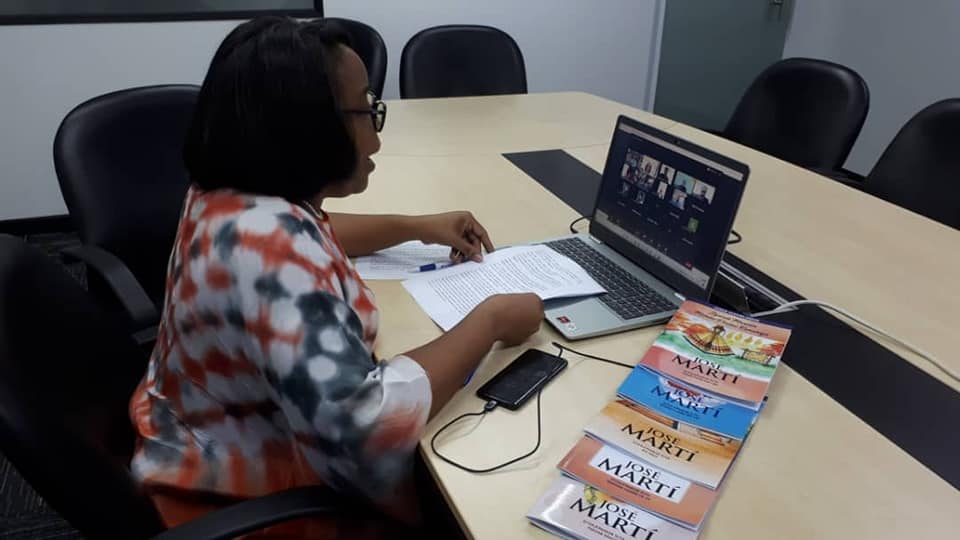 Kuala Lumpur, February 2- On the occasion of commemorating the 168th anniversary of the birth of José Martí, National Hero of Cuba, the Cuban embassy in Malaysia presented five stories from the Golden Age, translated into the Malay language, thus becoming our Apostle in the first Cuban author translated into that language in the country.

In the words of presentation of the books, the Cuban ambassador, Ibete Fernández Hernández highlighted the validity of Marti’s ideology and education as one of the cornerstones of José Martí’s thought. She indicated that the translation will facilitate the dissemination of Marti’s work in Malaysia, and the knowledge of the values ​​transmitted by the author in each of the pages.

The project was carried out with the support of the Center for Latin American Studies of the National University of Malaysia, the president of the International Art Expo Malaysia Fair and promoter of Cuban culture, the Malaysian writer Stanis Gomez, who made the first translation of the books and Doctor in medicine Sheereen Zainodin, a Cuban graduate, who drew the illustrations.

Likewise, the support of the Cuban Book Institute and the “José Martí” Publishing House was also highlighted in the activity.

Among those attending this activity that was carried out virtually, were the director of international relations of the Ministry of Tourism, Arts and Culture of Malaysia, Dr. Cristina Yeo and the president of the Parliamentary Group of Friendship with Cuba, Wong Chen, as well as diplomats and heads of other cultural and educational institutions.

President of the Communist Party (KP) receives the Ambassador of Cuba...