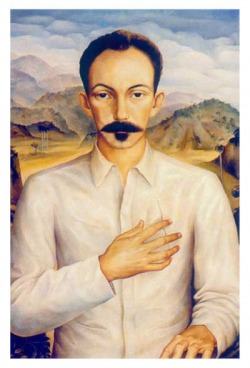 The Embassy of Cuba in the United Kingdom celebrates the virtual #JornadaMartiana from 22 to 30 January in honor of the 168th anniversary of the birth of our apostle José Martí on January 28.

We will be sharing poems, songs, phrases and drawings of our pioneers, as well as other artistic manifestations that commemorate the life and work of this great Cuban who dedicated his life to the homeland; a man of high principles and Latin American and internationalist vocation; with human qualities that sometimes seem incomparable. A Cuban of universal projection who went beyond the frontiers of the era in which he lived to become the greatest Spanish-American political thinker of the 19th century.

Our day will culminate on the 30th with a virtual meeting hosted by Cubans living in the United Kingdom where Ambassador Bárbara Montalvo Álvarez will participate.

Permanent Secretary of Health in Uganda receives the BIOCUBAFARMA delegation.

Cruise ships targeted by US blockade of Cuba

The human right to health and Cuba´s example

Ambassador of Cuba in Mongolia met with Advisor to the President...

Ambassador of Cuba presents credential letters to the President of Yemen