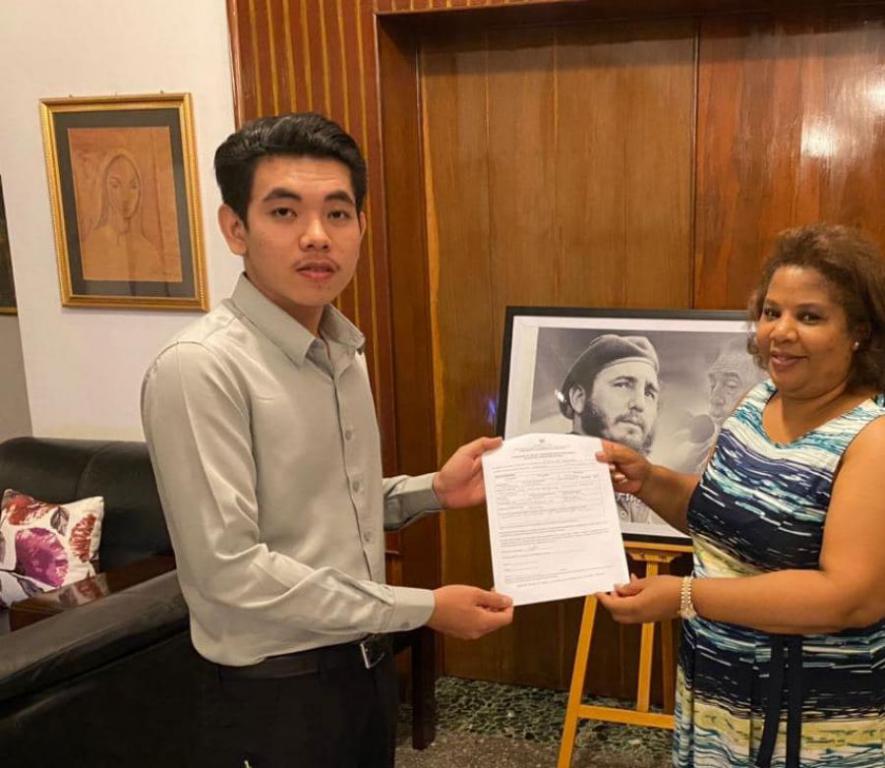 The government of Cuba granted a scholarship to study medicine to the young Nuy Phanna, who arrived in Havana today with the dream of being the first doctor in his humble family.

At a farewell meeting in Phnom Penh, Ambassador Liurka Rodríguez told the family that despite the onslaught of the unjust US blockade, Cuba does not renounce its vocation of solidarity.

Cambodian graduates attended the event, sharing their experiences of their time at Cuban universities. All thanked the Cuban Caribbean island for its commitment and dedication in preparing young people from many countries.

Collaboration in education between the island and the kingdom has been one of the pillars of diplomatic ties for six decades. More than two hundred Cambodians have studied in the Greater Antilles, medical specialties, engineering, agronomy, languages, among others, which has promoted the development of the aforementioned branches in the Asian nations.

We call for the preservation of international peace and security. Declaration...