To fully understand this arrival in Burundi of Belgian parliamentarians: In 2018, the Burundian Senate appointed a group of experts including historians and anthropologists to assess the impact of colonization, a crime against humanity in Burundi. At the end of June 2020, the King of the Belgians Philippe expressed, during the 60th anniversary of the independence of the Democratic Republic of Congo, his “deepest regrets” for these wounds of the past whose pain is now revived by discriminations still too present in societies”.

On Monday August 05, 2022, His Excellency Ambassador Albert SHINGIRO, Minister of Foreign Affairs and Development Cooperation, received in audience a Belgian parliamentary delegation in charge of examining the Belgian colonial past, its consequences and effects led by Mr. Wouter De Vriendt, deputy and president of the Belgian Parliamentary Commission, who came to discuss with the Burundian deputies on the past of Belgian colonization in Burundi. 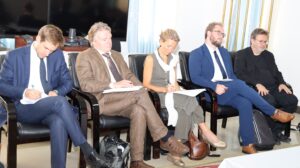 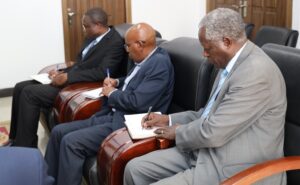 In July 2020, the Belgian Parliament followed suit. The Belgian House of Representatives setting up a special commission to look into Belgium’s colonial past in Congo, Rwanda and Burundi. Thus on August 13, 2020, Burundi confirmed, through the President of the Senate, Honorable Reverien Ndikuriyo, its request for forgiveness and financial compensation for the harm caused by German and Belgian settlers during the period from 1896 to 1962.
In July 2022, after a visit by King Philippe of Belgium to the Democratic Republic of Congo, Mr. Stephane Doppagne, Special Envoy of the King of the Belgians and of Belgium, joined the Burundians during the celebration of the 60 years of Independence of the Burundi, and expressed Belgium’s regrets to the Burundian authorities and public at the abuses committed by Belgian settlers during 43 years of Colonization in Burundi.