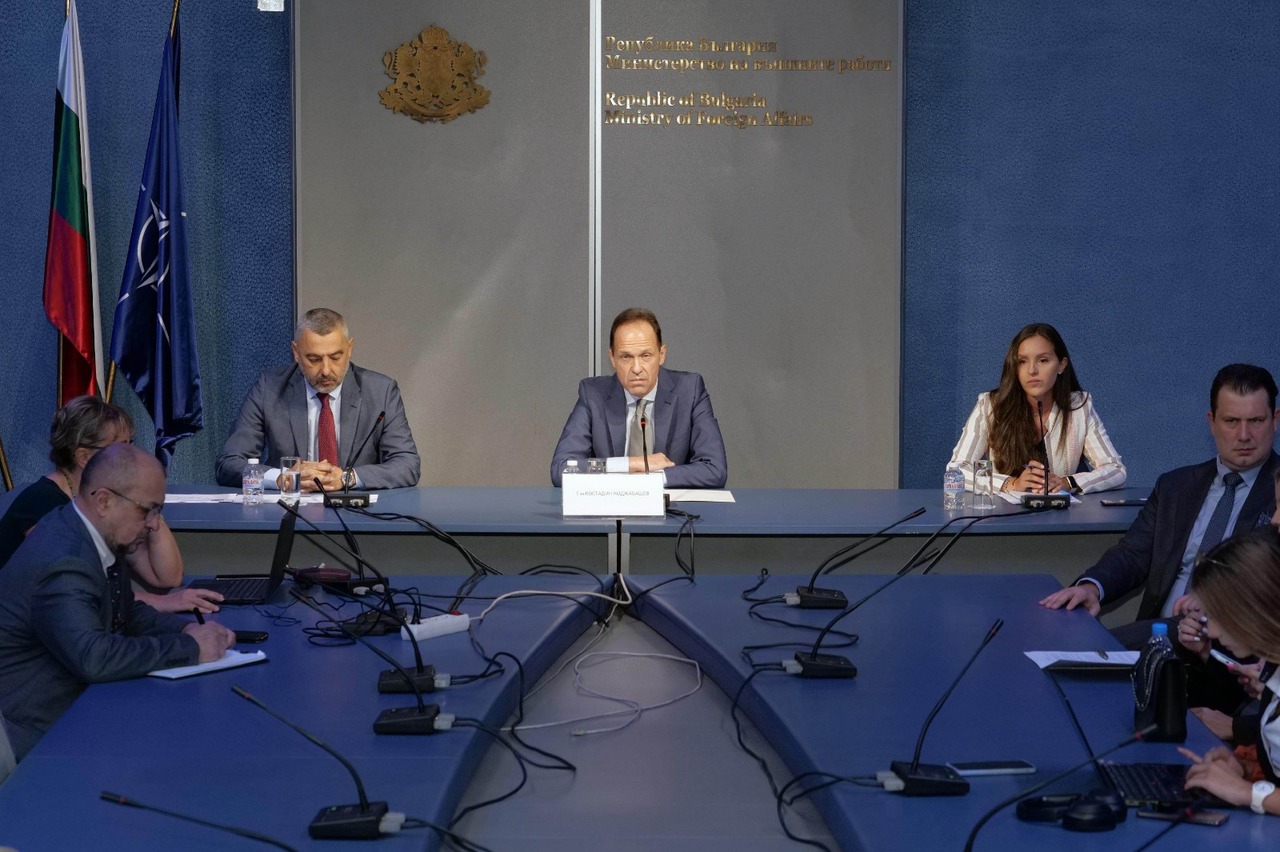 According to Deputy Minister Kodzhabashev, in the conditions of Russian military aggression against Ukraine and given the fact that Russia has declared the member states, including Bulgaria, as unfriendly countries, a political agreement has been reached to suspend the Agreement between the European Community and the Russian Federation on the facilitation of the issuance of visas to EU and Russian citizens. “Bulgaria is part of this political agreement”, Kostadin Kodzhabashev added and clarified that this kind of agreements are rather an exception in the EU visa policy as a sign of existing cooperation between the EU and a specific third country and at the moment the conditions for the functioning of such cooperation with Russia are not in place.
The Deputy Minister also stressed that the issuance of visas would continue under the terms of the Visa Code and after a careful assessment by the national authorities of each individual case, and passports issued from the occupied territories would not be recognised.
Deputy Minister of Foreign Affairs and Foreign Ministry spokesperson Kostadin Kodzhabashev gave an overview of current issues related to the work of the ministry during the weekly regular briefing.
Deputy Minister Kodzhabashev underscored that the meeting of the Inter-Ministerial Coordination Mechanism for the accession of the Republic of Bulgaria to the OECD is the first after the adoption of Decree No 242 of the Council of Ministers of 11 August 2022, which strengthened and further developed it.
In connection with the current visit of Minister of Foreign Affairs Nikolay Milkov to the United Arab Emirates, as part of the official delegation led by President of the Republic of Bulgaria Rumen Radev, it was underlined that five agreements will be signed – on strategic partnership, cooperation in the fields of education, culture, agriculture and tourism. Among the highlights of the talks during the visit are a number of topics of common interest and areas of bilateral partnership – mutual investments in high technologies and energy, as well as economic cooperation.
Among the topics presented were the process of Bulgaria’s accession to the Organization for Economic Cooperation and Development (OECD) and the results of the meeting of the Inter-Ministerial Coordination Mechanism on 25 August 2022, the informal meeting of EU foreign ministers “Gymnich”, held on 30-31 August in Prague, the visit of President Rumen Radev and the participation of Minister Nikolay Milkov in the official delegation to the United Arab Emirates on 1 and 2 September. The decisions adopted at a meeting of the Council of Ministers to open three new consular offices abroad – in Lyon, Düsseldorf and Edinburgh, as well as the work of the ministry in connection with the crash of a Bulgarian van near the Hungarian town of Kecskemét and the fire of an apartment building in Apolda, Germany were also among the highlights of the briefing.
During the briefing, Deputy Minister Kodzhabashev highlighted the decisions of the Council of Ministers to open three new consular offices – two consulates general in Lyon and Düsseldorf, as well as a consulate in Edinburgh, which will significantly improve services for our many compatriots in France, Germany and the United Kingdom.
During the briefing, the main topics on the agenda of the informal meeting of EU “Gymnich” foreign ministers  were presented – EU-Africa relations and Russian aggression against Ukraine. Bulgaria was represented at the forum by Deputy Minister Velislava Petrova.
During the meeting, chaired by Deputy Minister Velislava Petrova and attended by Deputy Prime Minister Atanas Pekanov, the strong commitment of the caretaker government to the process of accession of our country to the OECD was confirmed. They also discussed the preparation of the Initial Memorandum, in which Bulgaria has to make a self-assessment and declare a position on each of the legal instruments of the organisation, as well as the distribution of responsibilities between the institutions and the deadlines in which the first projects have to be presented. “The administration is maximally mobilised to achieve rapid progress in the process of Bulgaria’s accession to the OECD,” Deputy Minister Kodzhabashev said.
“In Apolda, Germany, two injured Bulgarian women are in stable condition,” the Foreign Ministry spokesman said. Our compatriots were visited by the Ambassador of our country in Berlin Elena Shekerletova. She has also held meetings with representatives of the local authorities, during which she received assurances that maximum support and assistance is being provided to the affected Bulgarian citizens.
In connection with the incidents with Bulgarian citizens abroad – the crash of a Bulgarian van near the Hungarian town of Kecskemét and the fire of an apartment building in Apolda, Kostadin Kodzhabashev stressed that our representations abroad are in constant contact with the local authorities and with the injured Bulgarian compatriots and provide active assistance. Three Bulgarian citizens were hospitalized in Hungary, one of whom has already been discharged. One of our compatriots is in serious condition and remains in intensive care.