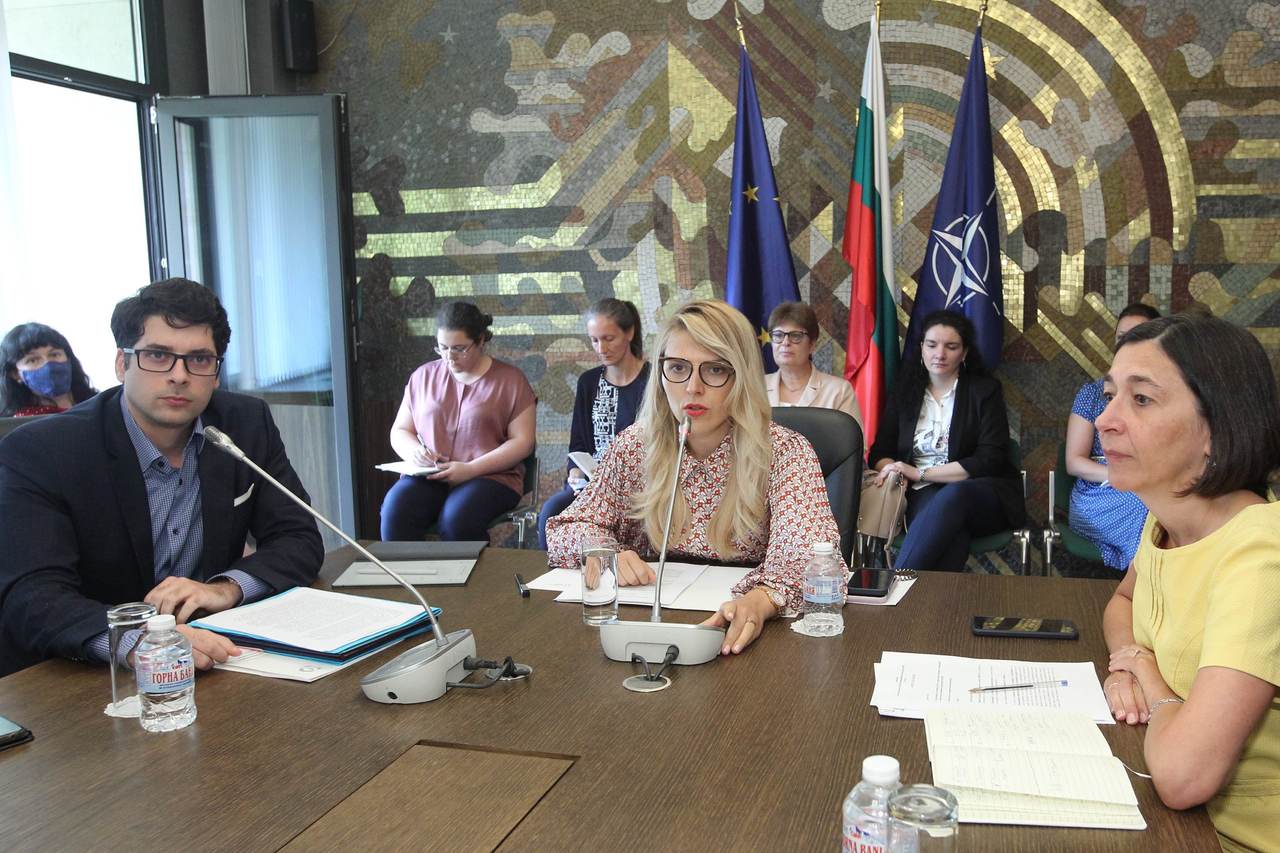 The preparation of the Initial Memorandum was discussed, in which our country should make a self-assessment and state a position on each of the OECD legal instruments. The ambition of the caretaker government is a first draft of this key document to be ready by the end of September.
The Mechanism has been functioning since 2017 as a permanent council with the main task to carry out overall coordination of Bulgaria’s preparation process for OECD membership. The ICM shall be chaired by the Minister of Foreign Affairs under the operational chairmanship of a deputy minister designated by him and shall include deputy ministers of other ministries, chairpersons of government agencies and commissions, and heads of other institutions that could participate in Bulgaria’s preparations for OECD membership.
Deputy Minister Petrova stressed the need for effective cooperation and very good coordination between all parts of the Bulgarian administration to implement the strategic foreign policy priority of our country’s accession to the OECD. At the same time, it was specifically stressed that the ultimate goal of the accession process is for Bulgaria to identify and implement the necessary reforms that will not only lead to OECD membership, but will be in our country’s interest, making the most of the OECD’s expertise.
On 25 August 2022, the Ministry of Foreign Affairs hosted a meeting of the Permanent Inter-Ministerial Coordination Mechanism (IMC) for the accession of the Republic of Bulgaria to the Organization for Economic Cooperation and Development (OECD). This is the first meeting of the ICM after the adoption of Decree No 242 of 11 August 2022, which strengthened and further developed the coordination mechanism in connection with the start of the talks on Bulgaria’s accession to the OECD.
The meeting was chaired by Deputy Minister Velislava Petrova. Deputy Prime Minister Atanas Pekanov took part in the meeting as a guest and welcomed the achievements of the Inter-Ministerial Coordination Mechanism and confirmed the strong commitment of the caretaker government to the OECD accession process.