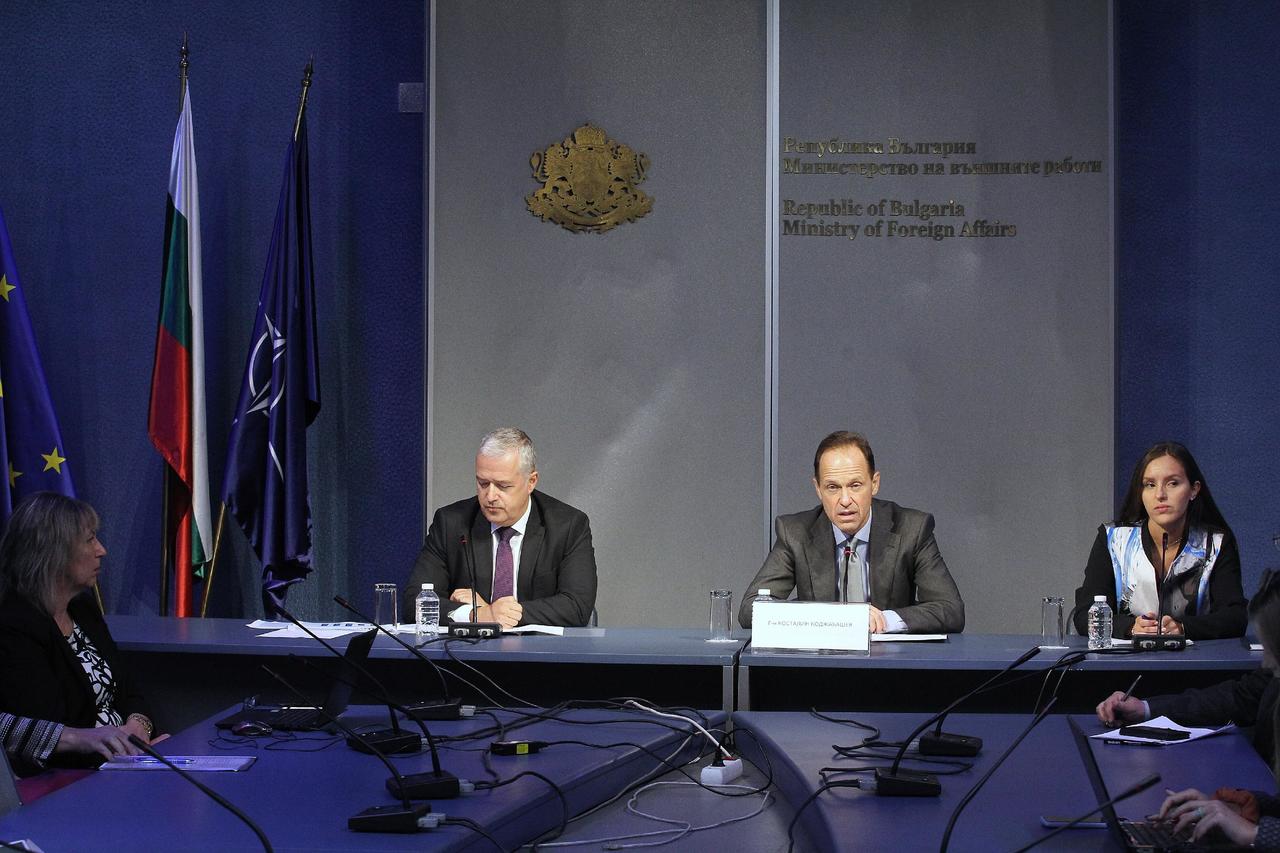 In his presentation, Deputy Minister Kodjabashev outlined the priorities for Bulgaria during the UN session, which will be presented by the Bulgarian delegation led by the Minister of Foreign Affairs, Nikolay Milkov. The theme of the General Debate at the 77th session of the UN General Assembly will be: “Watershed Moment: Transformative Solutions to Interrelated Challenges”. The most important priorities for Bulgaria during the session are: the war in Ukraine and the triple crisis caused by it (financial-economic, energy and food); Agenda for Sustainable Development 2030; climate change; COVID-19 and overcoming the consequences of the pandemic.
The meeting of the Joint Expert Commission on Historical and Educational Issues between Bulgaria and the Republic of North Macedonia on September 14 and 15 and the decision of the Council of Ministers to approve the Minutes of the second meeting of the Joint Intergovernmental Commission formed under Art. 12 of the Treaty of Friendship, Good Neighborliness and Cooperation between Bulgaria and the Republic of North Macedonia of 2017, held on July 17, 2022, were also the focus of the briefing.
Among the topics presented were the resumption of the work of the Bulgarian embassy in Ukraine from September 12 of this year, the Bulgarian presidency of the Central European Initiative and the 77th regular session of the UN General Assembly in New York.
In connection with a question asked about the level of representation of the Bulgarian side at the funeral of Queen Elizabeth II, the Deputy Minister of Foreign Affairs indicated that “there is no official information yet and it will be properly communicated as soon as it is made public.”
The spokesperson Kostadin Kojabashev held a regular media briefing today at the Ministry of Foreign Affairs, during which a review of current issues related to the work of the Ministry was made. The chairman of the “Elections” Working Group, permanent secretary Ivan Kondov, Vanya Andreeva-Malakova, director of the “Southeastern Europe” Directorate and Dancho Michev, director of the “Consular Relations” Directorate also took part in the briefing.
Within the framework of the ongoing Bulgarian chairmanship of the CEI, a number of culminating events are coming up, including the trip of Minister Milkov in New York, as well as an official meeting of the initiative’s foreign ministers in Sofia on November 6-7.
Highlights from the regional meetings initiated by Minister Milkov with heads of missions accredited in our country – with ambassadors from the countries of the Western Balkans on September 12 were also noted, as well as from the meeting with the ambassadors from the Middle East and Africa region on September 13.
During the briefing, the Chairman of the “Elections” Working Group, Ivan Kondov, presented up-to-date information regarding the coordination by the Ministry of Foreign Affairs of the National Assembly elections abroad. He announced that the addresses of all 755 polling stations, which will be opened abroad, as well as the lists of those who expressed a written desire to vote in them, were published on the website of the Ministry of Foreign Affairs within the time frame stipulated by the law. Citizens can now check the website for the address of the section in which they are registered or which is closest in their country of residence.