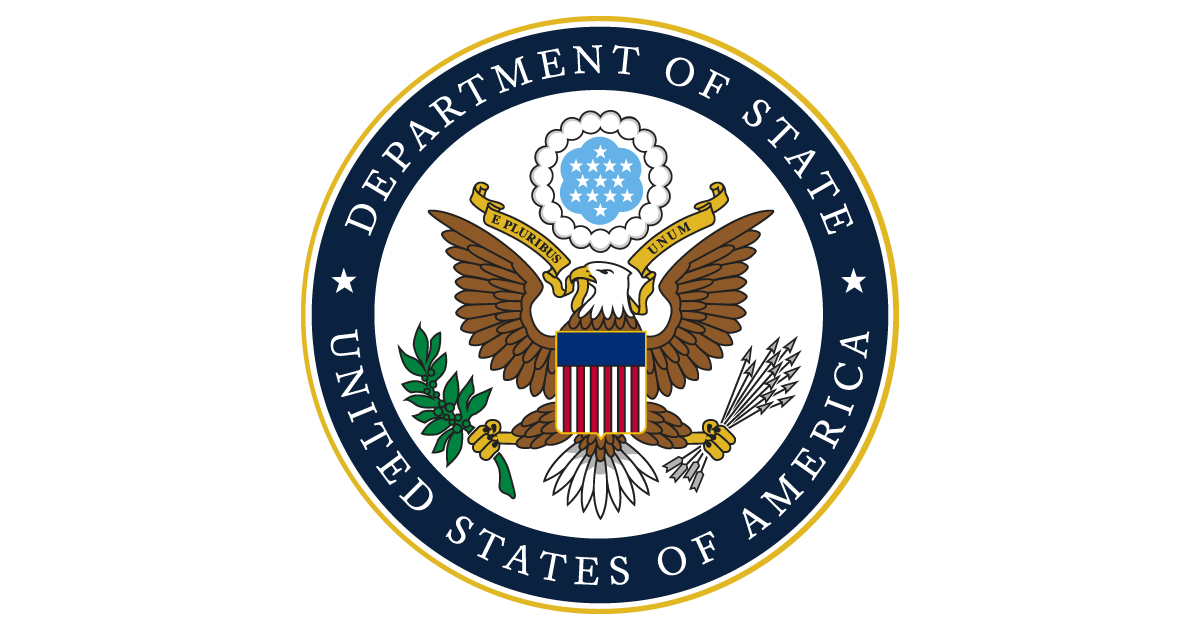 MR AUSLIN:  Mr. Secretary, thank you so much for joining us on the Pacific Century.  We’d like to talk primarily about China today with you, and we know this has, of course, been a great focus of yours.  A while ago you said it was the first thing you think about in the morning when you get up and the last thing you think about in the evening.  You’ve had an extraordinarily productive set of policies related to China, but one of the responses that has come out in the China-watching community, the Asia community has been the charge that if you treat China as an enemy, you make China an enemy.  And I’m wondering if you could respond to that to give your view of how China has acted regardless of what the United States has done and in ways that, whether you feel the policy that you implemented has been successful, this policy of reciprocity.

SECRETARY POMPEO:  So the idea somehow that American actions are driving General Secretary Xi Jinping’s model of behavior is simply ludicrous.  If anything, what drove it was the appeasement that had taken place for, frankly, decades before, where no matter what action the Chinese Communist Party took, no matter how much it impacted adversely the security and prosperity of the American people, our response was we can go sell more stuff there, don’t upset the applecart, and we bent a knee.  I think that may well have fueled the Chinese Communist Party’s vision that says we no longer need to hide our time and bide our strength.

And so they haven’t.  They have begun to break promises all across the world and to threaten the capacity for the West, this idea of the rule of law and the idea of sovereignty, these central understandings we have about human rights, to be violated in ways we’ve not seen in many, many decades in the world.

So President Trump came in and we flipped the script.  We began to take seriously this challenge, and we both took action ourselves and built out coalitions throughout the world to assist us in preserving the ideas of democracy and human rights and the rule of law and sovereignty.

It is the case that there is still more work to do, but whether it was the idea that said we’re going to have reciprocal and fair trade arrangements between our two countries, whether it was the idea that simply said we’re not going to permit your companies to invest here in America on terms American companies can’t invest in China, you can’t steal intellectual property without us imposing cost, you can’t create dens of spies in Houston, Texas and let it go unaccounted for.

And so there are many things that we have done.  We can talk about them more.  But the central theory is is that preservation of the ideas that we value so much and the security and prosperity of the American people depend on a robust response to the challenges that General Secretary Xi Jinping presents to the United States, and we’ve done our best to counter them.

MR YOO:  Mr. Secretary, this is John Yoo here.  Thanks for joining us and it’s great to hear you.  Let me follow up, Misha, from the other side of things, which probably reflects more my bent on things, as did we do enough?  Were you able to slow China down?  Were we able to stop their growth, their drive to domination?  What else would you have liked to have done if you had more time in office?

SECRETARY POMPEO:  John, look, these are long processes.  Reversing decades of American policy and convincing another 100-plus nations that they need to be alongside of us in standing up for democracy and freedom isn’t going to happen in just four years.  And so there remains an awful lot of work to do.

The places to begin are certainly within the commercial space.  It’s still the case that America is exposed to tremendous risk from important items in the supply chain that Americans depend upon coming out of China.  We need to take actions that preserves the capacity for us to function even if China should threaten.  Our military needs to continue to expand its capabilities.  There are many, many more missile tests being conducted in China each year than the rest of the world combined.  We need to make sure that we don’t surrender on issues that matter an awful lot.

The Paris climate treaty is a perfect example.  Rejoining that treaty would give China an enormous windfall because they have no intention of destroying their economy in pursuit of the objectives of the Paris climate treaty.  The list of work that remains is significant, and there are a whole handful of things that we have in process that we’ve begun to work on.  But make no mistake, General Secretary Xi Jinping still believes that he has an opportunity to achieve the end state goals that he has laid out.

MR AUSLIN:  Mr. Secretary, it’s Misha Auslin again.  So after four years of the policies that you pursued, and as you’ve said flipped the script, have we had our NSC 68 moment, do you think – meaning going forward now with a different team, are we all on the same page?  Are you confident, do you – or do you feel comfortable that everyone understands the scale of the threat, understands the scope, and sees in the approach that you began – much like the containment approach back in the 1940s and carried on under different administrations – that reciprocity is the way forward and that there cannot be backsliding in all of the different areas that you’ve identified?

SECRETARY POMPEO:  I pray that that’s so.  It’s important for the American people that it is so.  The next administration will have to make their own choices.  Two things I think worth commenting on there.  First, there is a consensus.  We had support from Democrats on the actions that we took to impose costs on the horrific actions that are taking place in Western China, some of the worst human rights violations.  I’ve called it the stain of the century.  It is every bit that.  We’ve had consensus built around the failed promises from the Chinese Communist Party on Hong Kong, and there is consensus around how the United States needs to push back against the Chinese Communist Party’s penchant for retrenching with respect to Taiwan.  So there are places.

But my second point there would be there are costs when one does that.  There are risks when one does that. The Chinese Communist Party will respond to the actions that we take; that is, they will employ countermeasures to try and deter us from taking those actions, and we need steadfast leaders who are prepared to accept those costs and acknowledge that the long-term sustainable freedom and democracy project that has been the United States of America for now more than two centuries depends upon our commitment to preserving our freedom from the challenges that the CCP presents.

MR YOO:  Mr. Secretary, I know you don’t have a lot of time, but I can’t let you get away without asking what’s next for Mike Pompeo.  And as a lawyer I have one piece of advice:  Don’t go to Shanghai Disneyland anytime soon.  But what is – what’s next for you?  How are you going to – I guess in a bigger way, what can all of us who are not in the government anymore – you’re a private citizen again.  How do you keep this all moving forward now that (inaudible)?

SECRETARY POMPEO:  So I will heed your recommendation with respect to tourist attractions in Shanghai.  Beyond that, I do hope that I can continue to think about and work on the important projects that we have begun here, certainly with respect to the challenges presented to the United States.

Look, one way we can do it is just to speak the truth to it.  I haven’t really spent any time in this session, but the challenges here inside the United States on our campuses, in our research institutions, even in our high schools, in commercial space – the Chinese Communist Party, as I have said, is inside the gates here, and there is a responsibility of every American citizen to be mindful of that, to be aware of it.  When you see something that looks like it might well be an effort by the Chinese Communist Party to engage in behavior that’s antagonistic to American interests, you ought to check it out.  I wish Congressman Swalwell had done that.

There are still many ways that every American citizen can do this.  I have close friends.  We all know the Chinese American community is noble, great.  I mean, it’s, in fact, those very people that our obligation to push back against the Chinese Communist Party must continue to support.  So I don’t know from what perch I’ll be doing that, John, but I do hope to continue to find a place because this matters an awful lot to my kids and your kids and all of our grandchildren.

You’ve talked about it.  You’ve dealt with the Confucius Institutes.  You’ve thought a lot about this.  What is it that you would like to see them do or understand or even ask, so that they’re prepared for this generational challenge?

SECRETARY POMPEO:  Look, I think every individual has a responsibility, especially those of us who have had the opportunity to lead.  And I don’t just mean in government.  I mean company CEOs, heads of school boards, those running pension funds in California and around the country.  We all have to be eyes wide open.

So that requires learning, taking on board information, seeing these things for what they are, not shying away from it either because it’s hard to push back against – which it is, right; I’ve seen this time and time again – or because it’s particularly lucrative not to push back.

And I’m convinced this next generation will get it.  I began my service in the United States military during the Cold War.  I served from 1986 to 1989 as an armor officer on the then East German border.  I had an appreciation for what tyranny and authoritarianism do to the individual spirit and the flourishing of human life.  I am confident the next generation will come to understand that as well.  They will come to see that it is today’s Chinese Communist Party that really presents the greatest threat to those freedoms that each and every one of them gets to benefit from because they have the good fortune to be American.

MR AUSLIN:  Mr. Secretary, thank you.  You mentioned calling it as it is, seeing things for what they are.  In Chinese, there’s a longstanding philosophical tradition called rectification of names, which essentially means call things as they really are, don’t self-delude.  And I think that’s probably the best piece of advice we can take from you after 40 years of a different approach and the four years that you strove to rectify names and, quite frankly, put us on a new path.

SECRETARY POMPEO:  Misha, John, it was great to be with you all.  Good luck.  So long.