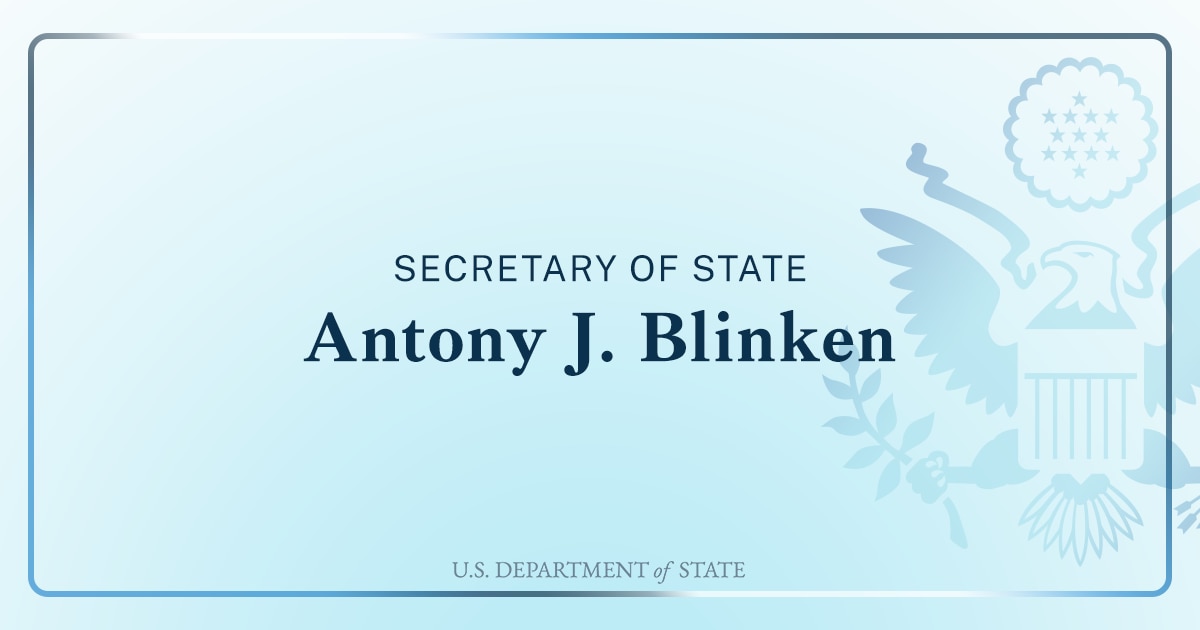 (Applause.)
Last September, he appointed an extraordinary person, Jessica Stern, as our new special envoy to advance the human rights of LGBQI+ persons. Anyone who’s worked with Jessica knows you don’t want to be on the other side of an issue. (Laughter.) Big mistake.
That’s why this group’s work is as important as ever – maybe more important than ever. It’s why we are so proud and determined to be your partners every single step along the way.
To my friends from the Netherlands and Argentina, Wopke, Santiago: Thank you for your leadership. Thank you for your engagement. And let me say as well – I think we just heard the powerful words from the prime minister – it’s wonderful to see you, wonderful to be with you in this effort.
Everything we’re doing builds on the work of literally generations of advocates who have – and still are – risking so much to put LGBTQI+ people and their rights on the map. And I have to say, as I read the history, learn the history, hear of experiences, I’m quite in awe of generations of advocates who have done so much to put us where we are today. The work we’re doing is only possible because of the work they did – but not only the work they did, the courage that they showed.
And people like the individuals who decided to stand up to the routine and – harassment and discrimination they endured at the hands of police, at a gay bar not very far from where we meet today – the 1969 protest at the Stonewall Inn marked a turning point in our nation’s struggle for LGBTQI+ rights and helped galvanize the global movement. This is something that is seared into the memories, seared into the consciousness of so many of us. And particularly for me as a native New Yorker, it’s something that I have seen and been inspired by for many, many years.
This summer, the President issued an executive order to advance equality for LGBTQI+ people – including by combating so-called “conversion therapy,” supporting LGBTQI+ children and families, protecting health care and programs to prevent youth suicide.
We’re meeting at a time when the movement for equality is showing some encouraging momentum. A few examples: this summer, St. Kitts and Nevis and Antigua and Barbuda became the latest governments to decriminalize homosexual acts; a month ago, the Government of Vietnam announced that homosexuality, bisexuality, and transgender identity cannot be considered illnesses, and that LGBTQI+ people cannot be subjected to so-called “conversion therapy.”
SECRETARY BLINKEN: Well, thank you. Good afternoon, everyone. And look at this turnout – it’s wonderful to see all of you here. It’s wonderful to be part of an incredibly powerful and growing coalition, as evidenced just by my three colleagues and friends who have spoken.
At the same time, for that progress, which is real and which is worth underscoring, we know that people worldwide continue to experience alarming levels of violence, discrimination, isolation. Risks are the highest for people with disabilities, people of color, refugees, and LGBTQI+ women. Transgender people are often denied access to legal identity documents that reflect their names and gender markers. Intersex people, including minors, continue to be subjected to unnecessary surgeries without their consent.
A month after taking office, President Biden took action to promote LGBTQI+ rights in our diplomacy.
Stonewall is also a stark reminder of all the places worldwide where people are still subject to abuse simply for being themselves.
To all the other partners present, we’re grateful for the sustained work to champion LGBTQI+ rights.
All countries, including those of us in the Core Group, have work to do to ensure that LGBTQI+ people have the same rights, the same protections as all other people.
Defending these rights is central to the health of our democracies. Any system where some groups are treated as “less than” simply because of who they are is fundamentally flawed.
Thanks, all of you, for everything that you’re doing, that we’re doing together. Thank you.
Standing up for LGBTQI+ people is a top priority for our administration.
There’s so many people that one could point to, but I want to just single out a couple of people, and I think they’re here today. People like Liberty Matthyse, who is here from South Africa – are you here? Right – right there. Thank you. (Applause.) A champion for the rights of trans and gender diverse people. Thank you for being with us.