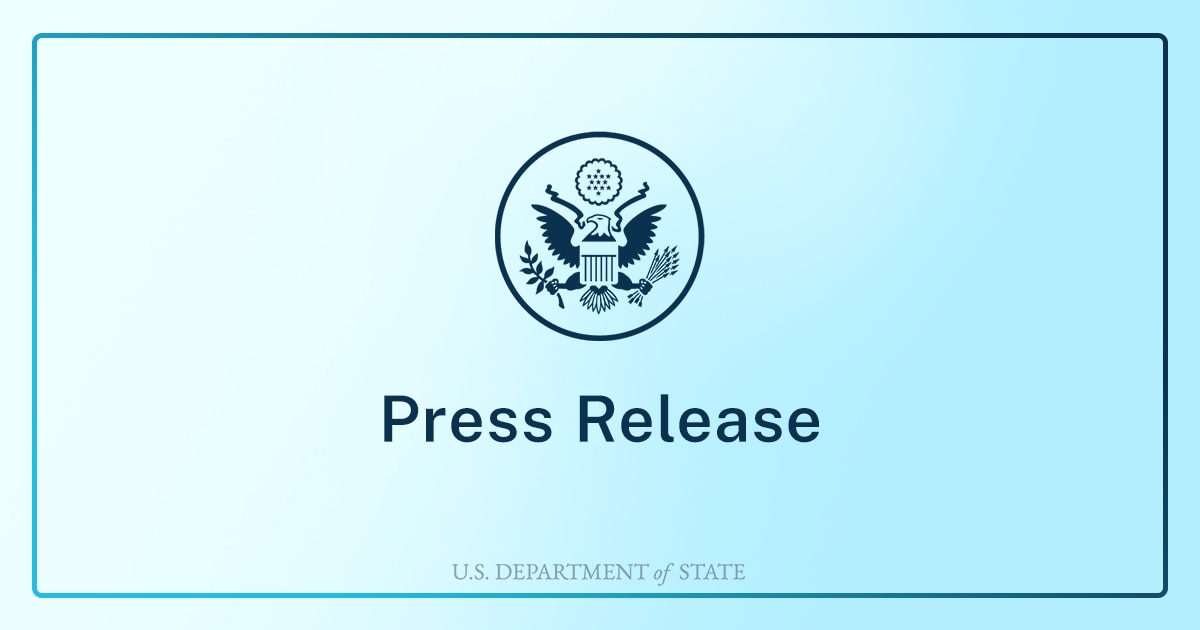 Begin Text:
End Text
The Secretary and Foreign Ministers underscored the importance of working together to address the DPRK’s destabilizing behavior and advance our shared goal of achieving the complete denuclearization of the Korean Peninsula. They condemned the DPRK’s numerous ballistic missile launches this year, each of which violated multiple UN Security Council resolutions and posed a serious threat to the region. They reaffirmed that a DPRK nuclear test would be met with a strong and resolute response from the international community. They also expressed their serious concern over the DPRK’s escalatory and destabilizing messaging related to nuclear weapons use, including its adoption of a new law on nuclear policy. Secretary Blinken reaffirmed the U.S. steadfast commitments to the defense of the ROK and Japan. The Secretary and Foreign Ministers urged the DPRK to abide by its obligations under relevant UN Security Council resolutions and called for full implementation of these by the international community. They stressed the importance of serious and sustained dialogue and urged the DPRK to return to negotiations. To this end, Secretary Blinken and Minister Hayashi expressed support for the goal of the ROK’s “Audacious Initiative.”  They also reaffirmed the importance of achieving an immediate resolution of the abductions issue.
The Secretary and Foreign Ministers emphasized the importance of trilateral cooperation to strengthen the rules-based economic order and promote prosperity in the Indo-Pacific region and the world. In particular, they noted the need to stand together in the face of economic coercion and committed to work together to deter and respond to such actions. More broadly, they pledged to work together to uphold the international order in which countries can choose their own path, free from undue pressure.
The Secretary and Foreign Ministers looked forward to regular trilateral coordination toward a secure and prosperous future. To that end, they pledged to continue regular trilateral ministerial consultations and to ask their deputies, as well as their Special Representatives for the DPRK, to continue their close collaboration.
The Secretary and Foreign Ministers also affirmed a shared commitment to support the needs and priorities of our Pacific Island partners. These nations are on the front lines of a changing climate that threatens their agriculture and food stability, freshwater availability, and economic viability. Guided by a unified vision of a free and open Indo-Pacific, which is inclusive, the Secretary and the Foreign Ministers pledged to explore ways to coordinate and build upon each other’s efforts to support Pacific Island countries’ access to climate change mitigation and adaptation finance and forecasting. They also reaffirmed their support for Pacific Island countries’ efforts to enhance maritime security and combat illegal, unreported, and unregulated fishing.
The Secretary and Foreign Ministers reaffirmed support for the unity and centrality of ASEAN and support for ASEAN Outlook on the Indo-Pacific. They underscored the need to bolster engagement with ASEAN and within ASEAN-led architecture to maintain a peaceful and stable region. The Secretary and Foreign Ministers reiterated support for ASEAN’s efforts to resolve the crisis in Myanmar based on the Five-Point Consensus.
The following is the joint statement released by the Secretary of State of the United States and the Foreign Ministers of the Governments of the Republic of Korea and Japan.
U.S. Secretary of State Antony J. Blinken, Japanese Foreign Minister Hayashi Yoshimasa, and Republic of Korea (ROK) Minister of Foreign Affairs Park Jin met today on the margins of the United Nations General Assembly in New York City to reaffirm their commitment to strong trilateral cooperation as we seek to address urgent 21st century challenges. The United States’ ironclad alliance commitments to the ROK and Japan and our close, enduring friendships are critical to the security and prosperity of our citizens, the region, and the world.
Finally, the Secretary and Foreign Ministers condemned Russia’s unprovoked aggression against Ukraine and expressed unwavering support for Ukraine’s sovereignty, independence, and territorial integrity. They stressed that they will oppose any attempts to change the status quo of territories and areas by force or coercion anywhere in the world. They reaffirmed the need to stand together with the international community to respond resolutely to this clear violation of international law and provide assistance to the Ukrainian government and its people.