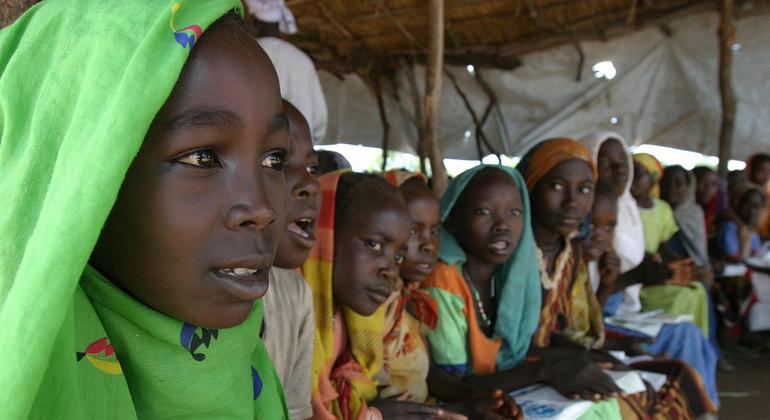 The UN expert also demanded that Russian mercenaries of the Wagner security group refrain from obstructing collaboration and joint operations between FACA, FSI and UN peacekeepers.

“The Wagner group must not prevent the deployment of MINUSCA protection operations and not obstruct the investigation of human rights abuses and violations of International Humanitarian Law,” he continued.

He pointed to the brutal, organized attack on the village of Boyo last December, saying that human rights violations committed by the CAR national army (FACA) and the internal security forces (FSI) and their auxiliaries were “unacceptable”.— UN Special Procedures (@UN_SPExperts) August 5, 2022

At the end of a ten-day official visit to the country, he expressed dismay over reports from residents in the town of Bria, capital of the Haute-Kotto prefecture, who described the ease with which armed groups can move in and out of neighbouring Sudan.
“I vehemently condemn the obstinacy of the Coalition of Patriots for Change and other armed groups who continue to spread terror, insecurity and suffering among the civilian population and victims of violations and abuses,” said Yao Agbetse, who monitors rights abuses in CAR.
Meanwhile, in Haute Kotto and Mbomou prefectures, the Union for Peace in the Central African Republic and the Front Populaire pour la Renaissance en Centrafrique (FPRC) have committed numerous grave human rights violations, including sexual violence, particularly rape and sexual slavery, mostly targeting girls aged 11-17.

Moreover, he noted that some testimonies and reports indicated a lack of control and accountability within the State apparatus, including the judiciary, police, and the civil service in general.
Independent experts are appointed by the Geneva-based UN Human Rights Council to examine and report back on a specific human rights theme or a country situation. The positions are honorary and the experts are not paid for their work.
In that same district, schools in Ouadda, Yalinga, and Sam-Ouandja regions, have been closed for four years.
Mahamat Salleh, an FPRC leader based in Nzako, has been implicated in several cases of rape and other serious human rights abuses, Mr. Agbetse said.

He also called on Authorities to address hate speech and incitement to violence, and on the international community to strengthen its support to ensure that State authority restoration is effective.
“I recommend that the UN Multidimensional Integrated Stabilisation Mission in the Central African Republic (MINUSCA) set up a more reactive warning system and regular joint operations with the FACA to prevent tragedies like the one in Boyo”.
In the interest of all citizens of CAR, the UN expert urged outlawed militias to engage in the peace and reconciliation process led by the Commission on Truth, Justice, Reparation and Reconciliation.

Mr. Agbetse upheld that in cases of conflict-related sexual violence, so-called “amicable settlements” were simply unjust to victims, and must be stopped, he added.
“These investigations must be followed by concrete actions to ensure that the victims have access to justice,” he said.
The expert said a reparation fund should also be established to ensure justice for victims.
Russian allies and the FACA had allegedly provided support to the mostly Christian anti-Balaka militia who committed atrocities there, including beheadings and sexual violence, and forced thousands of residents to flee.

“The seriousness of these facts requires appropriate responses from national authorities towards the victims,” Mr. Agbetse said.
🇨🇫#CAR: Armed groups in the Central African Republic must lay down their arms & engage in political dialogue, says UN expert Yao Agbetse. He urges the international community to strengthen efforts to restore State authority & end impunity in the country.
👉https://t.co/40tXEpA6nG pic.twitter.com/6rLphJD9zh
Moreover, he strongly recommended extraordinary judicial sessions to tackle the heavy caseload of sexual violence allegations linked to the chronic instability and conflict across CAR.
At the conclusion of his visit, Mr. Agbetse recommended that all allegations of violations of human rights and international humanitarian law be systematically and thoroughly investigated by Central African authorities.