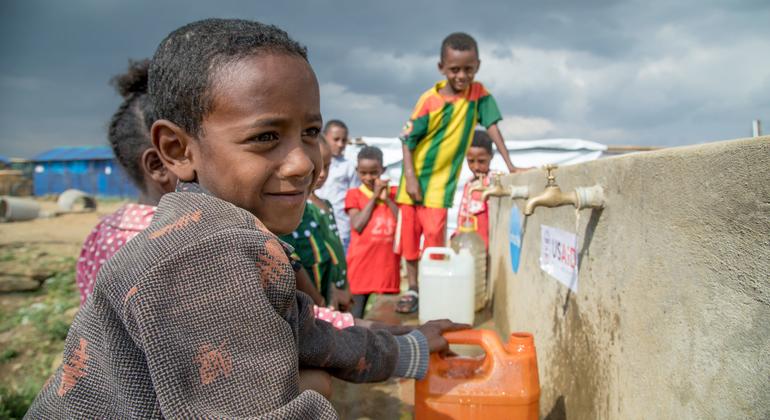 “The ongoing spread of violence, fuelled by hate speech and incitement to ethnic-based and gender-based violence, are early-warning indicators of further atrocity crimes against innocent civilians, especially women and children who are more vulnerable”. The UN International Commission of Human Rights Experts on #Ethiopia concluded first visit to Ethiopia, 25-30 July, after having met with various individuals to discuss several aspects related to their mandate. The Commission will present a written report to @UN_HRC in September. pic.twitter.com/GDTbFJdbXh

The UN International Commission of Human Rights Experts on Ethiopia is mandated to conduct a thorough and impartial probe into allegations of violations and abuses of international human rights law.— UN Geneva (@UNGeneva) August 2, 2022

Specifically, it will investigate violations of international humanitarian law and international refugee law in Ethiopia state committed on 3 November 2020 by all parties to the conflict in the Tigray region.
Despite many other conflicts around the world, Ms. Murungi had stressed that the world must not ignore what was happening in Ethiopia.
The Commission is scheduled to submit a written report to the human rights body on this trip during its next session in September 2022.
Speaking on the sidelines of the Human Rights Council in Geneva at that time, Ms. Murungi said that as it continued its work investigating rights abuses linked to conflict in Ethiopia’s northern Tigray region that flared in November 2020, the Commission had received reports of killings in Western Oromia,

The Commission presented its first update to the Council on 30 June 2022 after the UN-appointed investigators announced that they’d launched a probe into an alleged massacre of at least 200 people in Ethiopia’s Oromia region.
Additionally, the members met with members of the National Dialogue Commission and Inter-Ministerial Task Force, the Ethiopia National Human Rights Commission, civil society, diplomats, and UN agencies and staff in Ethiopia to discuss the current human rights situation in the country.
The members hoped that their meetings with the officials would result in “immediate and absolute access to visit sites” as well as their ability to gather testimonials.
Special Rapporteurs and independent experts are appointed by the Geneva-based UN Human Rights Council to examine and report back on a specific human rights theme or a country situation. The positions are honorary and the experts are not paid for their work.
Initially created by the Human Rights Council on 17 December 2021, the three-member Commission – comprised of Kaari Betty Murungi (Chair), Steven Ratner and Radhika Coomaraswamy – concluded a five-day visit to the country where they met with the Deputy Prime Minister, Minister of Justice, and other senior government officials.
The Commission is also tasked with providing guidance and recommendations on technical assistance to the Ethiopian Government on transitional justice, including accountability, reconciliation, and healing.