Ukraine struggling now, but winter will be even worse: UNHCR chief 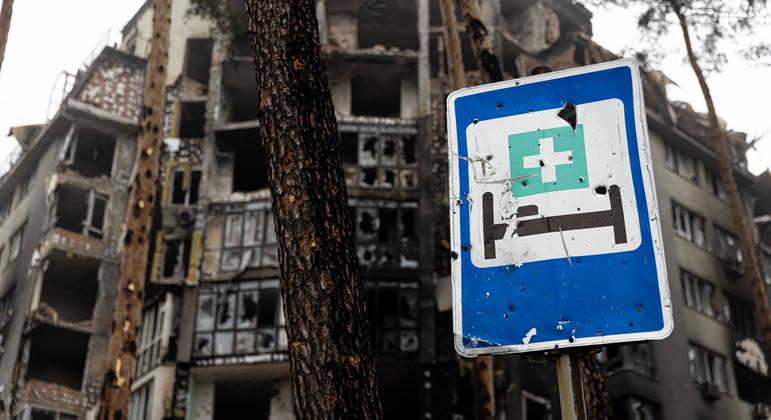 “Access to water and healthcare there remains worryingly limited”, noted OCHA’s assessment. “Lack of access to electricity remains at an alarming level: more than 625,000 users, including families, businesses and public institutions in Luhansk and Donetsk oblasts, have not had electricity for weeks on end.”Since the Russian invasion on 24 February, more than 11.5 million people have had to flee their homes in Ukraine, and some 6.3 million are internally displaced.

OCHA’s latest update on the war indicated that 60 per cent of people forced to leave their homes have been displaced from the east, 15 per cent from the north, 11 per cent from the south and another 11 per cent from the capital.According to the UN humanitarian coordination office in Ukraine, OCHA, 15.7 million people have been affected by the war and need support now, and two-thirds of them have been reached so far.— Filippo Grandi (@FilippoGrandi) July 6, 2022

But after meeting and talking to some of those affected by the war, the High Commissioner also insisted that he had seen “lots of strength, resilience and determination to carry on, to recover, to rebuild here in this very building that appears so damaged, people are already working to fix it, to make it habitable again.”
They are also in urgent need of financial assistance, having lost their jobs and incomes, while the price of essentials continues to rise, along with fuel shortages.
Ongoing fighting and “impediments” imposed by the warring parties have continued to seriously hamper or make impossible the delivery of assistance to the hardest-hit areas, particularly in government and non-government-controlled areas of Luhansk oblast, or region.

Reslience and aid for millions

The UN refugee agency warned that people are struggling to rebuild their damaged homes, reunite with their families and recover from the trauma of more than four months of war.
The insecurity has also made it extremely dangerous for civilians trying to evacuate from areas where there is active fighting.
The oblasts of Dnipropetrovsk, Kharkivsk, Kyiv, Poltava and the city of Kyiv continue to host most displaced people.
Critical locations of concern in Luhansk include Kherson, Sievierodonetsk among others, while people in Mariupol have received very limited support from local actors operating in areas outside Government control in the Donetsk region.

Solidarity with the people of Ukraine remains vital and must continue, especially as winter approaches. pic.twitter.com/FhEp1v3DML
While acknowledging the major challenges facing the people inside Ukraine, Mr. Grandi also highlighted the anxiety of separation felt by so many, “of being in exile, either in the country itself and …as refugees abroad”.
Speaking from bomb-shattered ruins in Irpin and Bucha near the capital Kyiv, UNHCR High Commissioner, Filippo Grandi warned that winter was only around the corner: “And winters in Ukraine are very harsh and severe, extremely cold. So, we must do everything possible to prevent the cold of winter from becoming the next challenge for people that already have to face so much in their lives.”
In the rubble of Irpin, the result of Russian shelling (and as reports from Eastern Ukraine brought news of fresh destruction), we also saw people repairing, fixing, clearing.