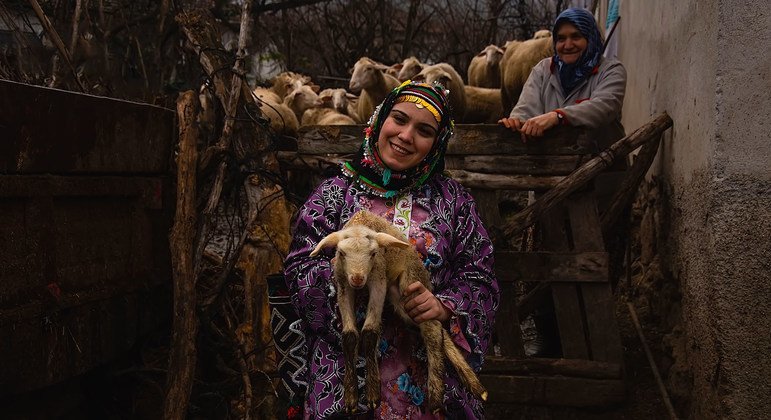 For those reasons, the Special Rapporteur urged the Government to “reconsider” its decision to pull out of the Convention and continue to uphold its other international human rights obligations.The problem has also been compounded by increasing economic hardship and the cost of hosting close to four million refugees, mostly Syrians under temporary protection, the Special Rapporteur said.

“No society can truly prosper unless its woman and girls enjoy equality and freedom from violence,” Ms. Alsalem said. “All stakeholders I met agreed that violence against women and girls has no place in Turkish society. Türkiye must therefore translate this belief into practice, by tackling impunity and prioritising the issue of violence against women and girls at the highest levels.”
Perpetrators had also been “emboldened” by the presidential announcement, effectively leaving victims “at increased risk of violence”, she warned.
Independent experts like Ms. Alsalem are appointed by the Geneva-based UN Human Rights Council to examine thematic and country situations, and to report back on them. The positions are honorary and the experts are not paid for their work.

The warning from UN Special Rapporteur on violence against women and girls, Reem Alsalem, follows President Recep Erdogan’s announcement in March last year that Türkiye was pulling out of the Council of Europe Convention on Preventing and Combating Violence against Women and Domestic Violence, effective 1 July.
There are also likely “hundreds of femicides” every year, she continued, pointing to serious underreporting of the issue, which was owing to a lack of confidence in protection mechanisms, widespread impunity and gender-related bias and discrimination.
Officially, around one in four women in Türkiye has suffered physical or sexual abuse by their partners, according to latest available government data from a 2014 survey, the Special Rapporteur said in a statement.

Ms. Alsalem, who was appointed by and reports to the Human Rights Council in July last year, insisted that the Istanbul Convention was also “intrinsically linked” to Türkiye’s “identity, aspirations, and its destined role and standing regionally and beyond”.
The accord is better known as the Istanbul Convention, after the Turkish city where it opened for signatures in 2011.
Outside the specific sphere of gender-based violence, Ms. Alsalem said that Türkiye had made “considerable progress” towards sustainable development goals, by taking fundamental steps towards eradicating poverty and increasing support for marginalised and disadvantaged sections of society, including women and girls.

The Special Rapporteur insisted that implementation of domestic Turkish legislation protecting women from abuse “had been weakened by Türkiye’s withdrawal from the (Istanbul) Convention, including …services currently in place for survivors of gender-based violence”.
In a statement, the rights expert added that “almost all stakeholders” she had met in Türkiye during her just-finished official visit had unequivocally recognised the importance of the Convention in combating violence against women and girls.