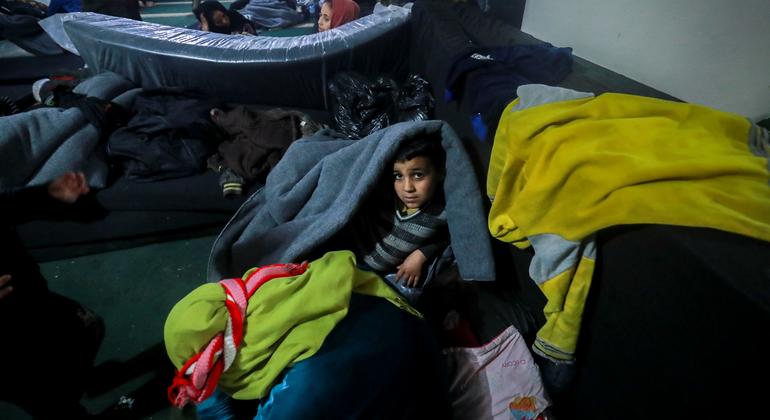 They have been mandated to monitor and report on specific themes, such as the promotion and protection of human rights while countering terrorism, and the right to health. “Zahab’s death was utterly preventable, he should simply never have been held in this prison,” the UN experts said in a statement.

Never should have happened

The experts strongly regretted that Australia has so far failed to repatriate its nationals from camps and detention facilities in northeast Syria, most of whom are women and children.
Governments that have “boy-children” nationals remaining in detention are also pressed to bring them home, in line with accepted international human rights obligations to protect youngsters’ lives.
They highlighted the dire conditions at these facilities and urged the authorities to repatriate their nationals.
“The repatriation of vulnerable women and children is entirely feasible and possible. The Government of Australia has the capacity to do so. Many other governments are currently doing it,” they said.
He is believed to have died from injuries sustained during and after the ISIL siege on Al Hasakah camp in January, compounded by lack of adequate medical treatment.

“The boys are victims of terrorism and deserve to be treated with compassion, dignity and a modicum of human decency. Their release from these prisons and detention sites is necessary and overdue.”
States also must abide by their obligations under the Convention on the Rights of the Child, and ensure assistance and protection to children who may be victims of trafficking.
The 18 experts who issued the statement were appointed by the UN Human Rights Council, which is based in Geneva.

The extremist group attacked the prison in a bid to free its fighters detained there, sparking a deadly week-long battle with Kurdish-led Syrian Defence Forces (SDF) who control the facility.
“None of these boys, including Yusuf Zahab were subject to any judicial process justifying their detention, and all of them are being held in conditions that could amount to torture, or other cruel, inhuman or degrading treatment under international law and which have a strong impact on their physical and mental health”, they said.
“He should have been returned to his homeland and his family with the possibility of living a full and decent life, the right to a protected and safe childhood.”

Furthermore, the experts have repeatedly advocated for “a human rights compliant solution” to address the situation of boys and teenagers being held at Al Hasakah and other arbitrary detention sites in the region.
“Australia has an advanced child welfare, education, criminal justice and health system which is imminently capable of addressing the needs of these children and their mothers. Failure to repatriate is an abdication of Australia’s treaty obligations and their deeper moral obligations to protect Australia’s most vulnerable children.”
They urged the authorities to move speedily to prevent further deaths and safeguard the health and welfare of child nationals by returning them to their homeland.
The experts had written to the Australian government on three previous occasions, expressing concern over the detention of children and boys in northeast Syria, including in the Al Hakasah prison.
They are neither UN staff nor are they paid for their work.
Meanwhile, other children injured and harmed in the attack, whether physically or mentally, should be immediately removed from the prison and given access to medical assistance, care, rehabilitation and psychological support.
Yusuf Zahab, 17, had been taken to Syria when he was 11 by older relatives who had become radicalized, according to various media reports.