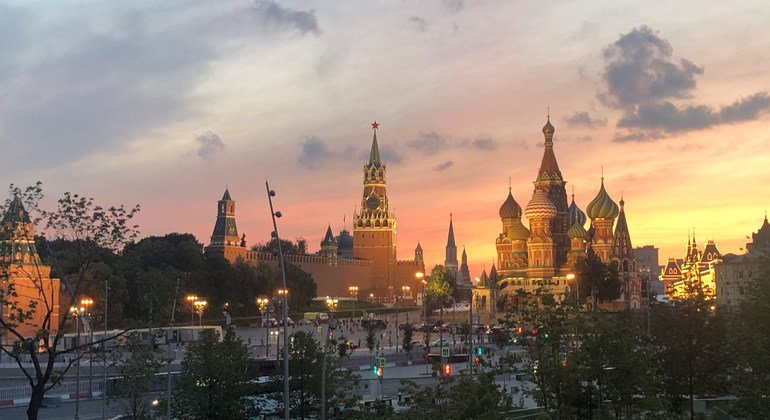 And those providing legal assistance to the detainees “have allegedly also been denied access to police stations and courts by law enforcement officials”, the experts maintained.“Businesses should be mindful of human rights throughout their operations and try to help Russian human rights defenders and civil society organizations avoid complete isolation,” they noted.

Twitter, Facebook and Instagram have been blocked in Russia, the rights experts continued, adding that Meta had been “designated an extremist organisation and banned”.
They also noted that “over 20 media outlets stopped operating or suspended their work in the country, including the Nobel Peace Prize winning newspaper Novaya Gazeta, the last independent TV channel, Dozhd, and the radio station Echo of Moscow.

While “many other companies” – including international tech firms – were withdrawing from the Russian market to avoid reputational and legal risks, human rights defenders and civil society organizations had “little access to the information and communication infrastructure (that are) vital for their work”, said the human rights experts.
In an appeal to Moscow to stop what they characterised as a “clampdown on civic space”, 12 rights experts on Wednesday insisted that the situation had worsened “dramatically” since the Russian invasion of Ukraine.
Excessive force was used against protesters and human rights defenders who had been jailed, the experts alleged, along with humiliating and threatening tactics.
Of the many thousands of Russians who protested peacefully against the war, “over 16,000 (of them)…including many human rights defenders, have been detained for participating in or covering peaceful anti-war protests”, the experts said in a statement.

Most independent Russian media outlets have closed down to avoid prosecution, or have been blocked along with dozens of foreign media, the experts warned, who include three Special Rapporteurs appointed by the Human Rights Council, the Working Group on Arbitrary Detention and the Working Group on Business and Human Rights.
Special Rapporteurs and independent experts are appointed by the Geneva-based UN Human Rights Council to examine and report back on a specific human rights theme or a country situation. The positions are honorary and the experts are not paid for their work.