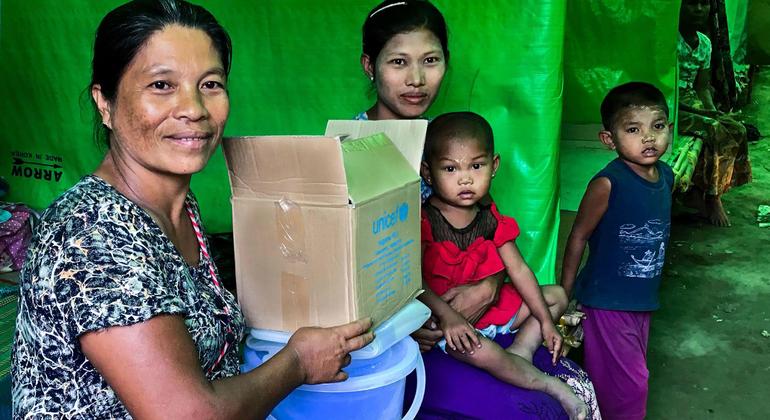 “Now it is time for the ROK to build upon the positive steps it has taken and transform its political support and empathy for Myanmar into even stronger action’’.

“The ROK can lead by example to prevent Myanmar nationals from being forcibly returned to Myanmar from other countries”, said the Special Rapporteur, adding that given the brutal violence perpetrated by the junta, “no country should force anyone back to Myanmar”. Mr. Andrews, like all Special Rapporteurs, was appointed by the Geneva-based UN Human Rights Council to examine and report back on a specific human rights theme or country situation. His position is honorary and he is not paid for his work. While the humanitarian visa programme allows Myanmar nationals with valid visas in the ROK to legally extend their stay and have access to employment, he urged the Government to “deepen these efforts by ensuring that all persons from Myanmar residing in the ROK, including irregular migrants, can regularize their status, to avoid exploitation and abuse”.

The independent expert travelled to the city of Gwangju, where he visited memorial sites of the May 18 Revolution and met with members of the Gwangju Myanmar solidarity movement. “The Republic of Korea can play a vital leadership role in denying the Myanmar junta the means to continue holding 54 million people hostage while becoming a leader in providing humanitarian support to those in desperate need’’, said Tom Andrews, UN Special Rapporteur on the situation of human rights in Myanmar,  in a statement on Monday. He urged the Government of South Korea to build on the positive steps it has taken, including publicly denouncing the coup, imposing an arms embargo, and issuing a moratorium on forced returns of Myanmar nationals back to their country.

Mr. Andrews highlighted ROK’s unique position to positively impact the situation in Myanmar. “Not only is the ROK a strong regional power with a vibrant economy and a member of ASEAN+3, but as I learned in my travels here, the people of the ROK can identify deeply with a people who are under siege and yet are also defiant and committed to undoing the shackles of a military dictatorship”, he said.

During his visit, Andrews met government officials, civil society and human rights representatives, major Korean business leaders with operations in Myanmar and ethnic groups in the country. “The ROK has established an unambiguous policy that protects people from being forced back to Myanmar. It should be considered as a model for all countries in the region.” The Special Rapporteur also made several suggestions, including that ROK “denounce the fraudulent elections” that the junta is planning for next year, impose economic sanctions on key economic targets associated with the junta, and expand upon its humane treatment of Myanmar nationals residing in the ROK while encouraging Myanmar’s neighbours to “do the same”.