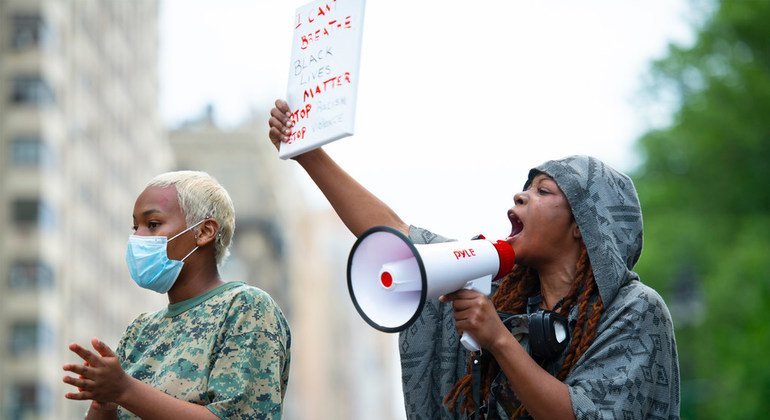 Governments around the world were deploying military personnel, and using military-style tactics to quash peaceful demonstrations, while also in some cases using military courts to prosecute peaceful protestors, his report added. The Human Rights Council-appointed Special Rapporteurs are part of the so-called Special Procedures body of independent rights experts, who address either specific country issues or themes. They are not UN staff, nor do they receive a salary, serving in their own individual capacity.
“Rather than seeing peaceful protest as a democratic means of participation, too often governments resort to repression to suppress protests and silence people’s voices,” said Clément Voule, UN Special Rapporteur on the right to peaceful assembly and association, in a report presented to the Human Rights Council.
The expert said a global trend towards militarising protest policing tactics had led to an escalation of violence and human rights abuses.

The Special Rapporteur urged States to engage with protestors, hear their concerns and address root causes of the crises.
“Militarised policing of protests has a particularly intimidating effect on women protesters, who sometimes face sexual abuse as a weapon to silence them,” Mr. Voule said.
“It is through protest that people express their grievances in times of crisis, to raise awareness about the impact these crises have in their lives. Protest is an exercise of their fundamental rights,” the expert said.

“Blanket ‘shoot to kill’ orders are being issued by authorities in response to protests. Less lethal weapons have also been misused to inflict serious injuries and death to protesters. These violations must immediately stop and instead States must facilitate peaceful protests,” Voule said.
“Imposing a state of emergency, does not give a freehand to States to violate human rights”, he declared.
The Special Rapporteur’s report was deeply critical of the growing use of unlawful and excessive force while policing protests, including the use of lethal force.
The independent expert’s report said emergency measures taken by States to respond to the pandemic had added another layer of government restrictions.

“Regardless of the crisis they are currently facing, even during a state of emergency or war, States are bound by their human rights obligations. Where the right to peaceful assembly is fully enjoyed, peaceful, democratic, rights-respecting societies thrive,” the expert said.
The Special Rapporteur warned that this approach was resulting in an escalation of violence and tensions, human rights abuses, and increased impunity in the context of peaceful protests.
By creating an enabling environment for peaceful protests and listening to legitimate demands of protestors, governments can adopt more responsive and just policies, more likely to resolve crises, said Mr. Voule.

The report highlights disturbing trends in response to peaceful protests in crisis situations, including the widespread stigmatisation of protest movements. “States portray protests as threats to stability and as a trigger of crises. These are then used as a pretext to clamp down on protest movements,” the UN expert said.
The Special Rapporteur said the abuse of emergency measures by States to impose prolonged and excessive restrictions to suppress peaceful protests had become commonplace, only increasing during the COVID-19 pandemic.
He called on States to ensure people are not persecuted, unlawfully arrested, criminalized, tortured, killed or harmed, merely for exercising their fundamental freedom to peaceful assembly.