Mali: Guterres ‘shocked and outraged’ by reports of civilian massacres 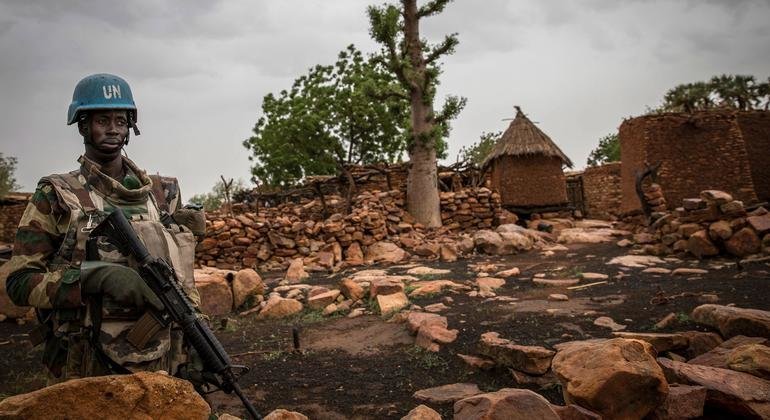 “These will be a continuation of the action” which began several weeks ago after extremist groups killed dozens in the Asongo district, in the Gao region, reportedly in retaliation for the arrest of some rebel leaders.“Other concrete measures are envisaged in support of the Malian authorities’ efforts to assist the population and strengthen their security”, said MINUSMA.
In its statement on Tuesday, MINUSMA said it was joining the nation in mourning once again, but would waste no time in setting up a “preliminary mission” to aid regional authorities to deal with the aftermath of the violence, leg by an integrated team from the Mission, despatched from Mopti.

Dozens more were killed in other attacks by extremists to the northeast, in the Gao region. The Secretary-General expressed his deep condolences to the families of the victims of the recent massacres, as well as to the people of Mali.
“He condemns these attacks in the strongest terms and calls on the Malian authorities to swiftly investigate them and bring the perpetrators to justice”, the statement said.

MINUSMA said that specific measures would be taken to address the resurgence of violence against civilians in the Gao region.
UN chief António Guterres said in a statement issued by his Spokesperson that he was “equally appalled” at the reported loss of life there, as well as by the “high loss of life and livelihoods in other regions of the country as well, including in Ménaka where tens of thousands of people have been displaced in recent weeks.”
Mali and the whole central Sahel region has faced an uptick in violence targeting civilians by armed extremists in recent months – an issue which has plagued the nation for years, stemming from 2012 when Islamist rebels took control of the north and centre, before Government forces backed by international support, put down the attempted coup.
According to a statement issued earlier in the week by the UN peacekeeping mission in Mali, MINUSMA, several homes and shops were burned, and the attacks “also led to the forced displacement of several hundred civilians.”

At the weekend, at least 100 civilians reportedly died when rebel militia attacked several villages in the Bandiagara region, close to Mopti.
The Secretary-General called on Mali’s military leadership “to redouble their efforts to restore peace and stability” across the country, and reiterates the readiness of the UN stabilization mission MINUSMA, to support their efforts.
“More broadly, the Mission will continue its efforts to help stabilize central Mali, which is one of its strategic priorities.”
The extremist violence has spread to neighbouring Burkina Faso and Niger, destabilizing border regions, and according to news reports, in recent weeks, rebels have been blocking the road between the northern city of Gao, and Mopti, to the south.
In accordance with its human rights mandate, MINUSMA said it would investigate the precise circumstances of the recent attacks. “This will support the relevant Malian authorities in their efforts to identify and bring to justice the perpetrators of these heinous acts.”