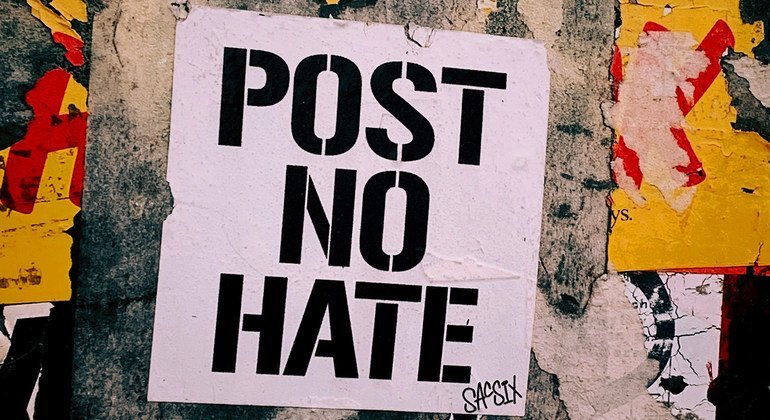 The two top officials called for the uptick in attacks against civilians to stop immediately.

So far, the UN has documented eight cases of hate speech and incitement to discrimination, hostility or violence and it has been spread by political party figures, community leaders, civil society actors, as well as the Congolese diaspora. “We call on all parties to respect international human rights law and international humanitarian law,” they stressed.
“Hate speech fuels the conflict by exacerbating mistrust between communities,” they said.

“It focuses on aspects that have previously mattered less, incites a discourse of ‘us vs. them’, and corrodes social cohesion between communities that have previously lived together”.
“The internet and social media have turbocharged hate speech, enabling it to spread like wildfire across borders,” added the UN chief.
“Hate speech is a danger to everyone and fighting it, is a job for everyone,” said the UN chief.
The escalation from hate speech to violence, has played a significant role in the most horrific and tragic crimes of the modern age, from the antisemitism driving the Holocaust, to the 1994 genocide against the Tutsi in Rwanda, he said.
“Times of heightened political tensions and armed conflict tend to correlate with increased use of hate speech and incitement to discrimination, hostility or violence,” the two top officials stated.
And last year, the UN General Assembly passed a resolution calling for inter-cultural and inter-religious dialogue to counter hate speech – and proclaimed the International Day.

The spread of hate speech against minorities during the COVID-19 pandemic has further shown that many societies are highly vulnerable to the stigma, discrimination and conspiracies it promotes.
He explained that words can be weaponized and cause physical harm.
In a sign of how the phenomenon is becoming an increasing problem, UN rights chief Michelle Bachelet and UN Special Adviser on the Prevention of Genocide, Alice Nderitu, expressed their “deep alarm” on Friday, over the hate speech that is fuelling violence against civilians, in long-running clashes between the M23 rebel group and Government forces in the Democratic Republic of the Congo (DRC).
The UN senior officials singled out that hate speech and “incitement to discrimination, hostility or violence nationwide” – directed specifically against Kinyarwanda speakers – was an important factor, as the DRC Government has accused Rwanda of supporting the M23.
“It promotes racism, xenophobia and misogyny; it dehumanizes individuals and communities; and it has a serious impact on our efforts to promote peace and security, human rights, and sustainable development,” underscored Secretary-General António Guterres.
“Hateful messages heighten the risk of violence, including atrocity crimes targeting specific groups of people [and] should be roundly condemned by the highest national authorities and curbed.”

“This first International Day to Counter Hate Speech is a call to action. Let us recommit to doing everything in our power to prevent and end hate speech by promoting respect for diversity and inclusivity”.
In response to this growing threat, three years ago, Mr. Guterres launched the UN Strategy and Plan of Action on Hate Speech – a new framework to support Member States in countering the scourge, while also managing to respect freedom of expression and opinion.
It was undertaken in collaboration with civil society, media, technology companies and social media platforms.
Both women encouraged Parliament to expedite the adoption of the bill on “racism, xenophobia and tribalism” to strengthen the legal framework to address and counter hate speech.