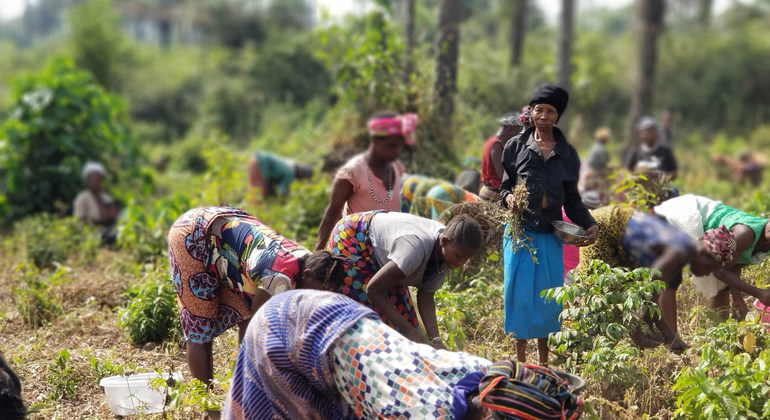 “An approach that goes beyond crisis response and boosts long-term investments in prevention and peacebuilding, hand-in-hand with our efforts to deliver the Sustainable Developments Goals (SDGs)”, Secretary-General António Guterres told the High-level Replenishment Conference for the UN Peacebuilding Fund (PBF), which requires $1.5B for 2020-2024.

He underscored the need for increased support to women and young people “as agents for peace and stewards of inclusive development”, maintaining that without their participation, “neither peace nor prosperity can be sustainable”.

When aligned with both the UN’s and individual national priorities, the PBF and Peacebuilding Commission engagement, “can be invaluable”, according to the Secretary-General.

He gave a first-hand account of how the PBF had helped to stabilize Bambari in the Central African Republic (CAR), including through a combination of cash-for-work, rehabilitation, socio-economic revitalization and support to local peace committees.

In fragile contexts, peacebuilding requires “political courage and leadership” at national and local levels, and “the right support at the right time” from the international community, the UN chief attested.

“We need to take risks for peace…and space to seize opportunities”, he said. “We have a responsibility to bring down the institutional siloes” and join the full range of UN capacities.

“The Peacebuilding Fund aims to do just that”, upheld the top diplomat.

The UN chief lauded the value of the PBF, noting that it prioritizes risky or underfunded areas; mobilizes vital additional funding at national and regional levels; fosters joint action across the UN system; and enables partnerships with a wide range of participants, “often kick-starting initiatives that others can scale up”.

Moreover, he maintained that with additional resources, the Fund could promote coordination between the UN and other development partners and help to finance transitions as large peace operations draw down.

Yet, despite its impact and cost-effectiveness, the PBF is repeatedly short funded.

In 2020, the Peacebuilding Fund mobilized more than $180 million – delivering in the most difficult contexts.

“But its resources are now depleted”, the UN chief said. “We must urgently replenish it” to save lives and demonstrate multilateral support.

A contribution from all Member States and partners would provide a “quantum leap” and signal that together, “we can successfully invest in building and sustaining peace”.

“I urge those that have not yet contributed, in particular Members of the Security Council and the Peacebuilding Commission, to act on your commitments and provide a contribution to this essential global instrument for peace”, the Secretary concluded.

Europe and EU to co-host the next International Conference within Solidarity...