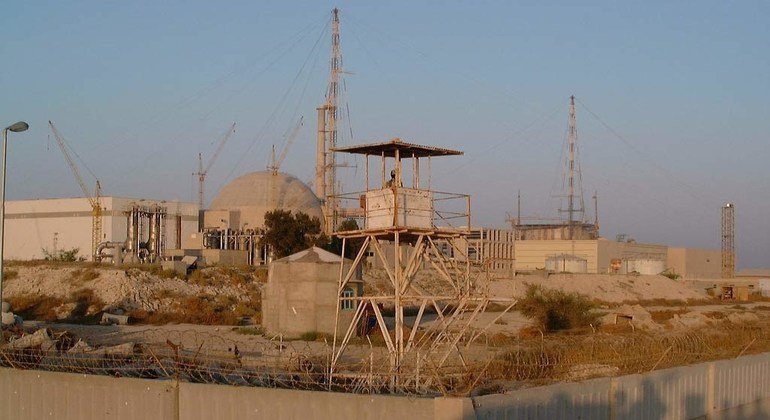 In his latest report, IAEA Director General Rafael Grossi, informed the Council that the UN agency’s ability to verify and confirm the peaceful nature of Iran’s nuclear activities are key to the JCPOA’s full and effective implementation.While the International Atomic Energy Agency (IAEA) has been unable to verify the stockpile of enriched uranium in Iran, it estimates that there is currently more than 15 times the allowable amount under the JCPOA, including uranium enriched to 20 and 60 per cent, which Ms. DiCarlo called “extremely worrying”.

Together they also called on on Iran to reverse the steps it has taken that are inconsistent with its nuclear-related commitments under the Plan.— Rosemary A. DiCarlo (@DicarloRosemary) June 30, 2022

Iran’s decision to remove site cameras and place them and the data they collected under Agency seals, “could have detrimental implications”.
The #JCPOA was a triumph for non-proliferation and multilateralism. Are we ready to see the painstaking efforts of many years slip away? I hope Iran and the US will build on the last few days of talks facilitated by the European Union to resolve any remaining issues. https://t.co/PeN3OUb7Rx

Additionally, Member States and the private sector are urged to use available trade instruments to engage with Iran and Tehran is requested to address their concerns in relation to resolution 2231 (2015) on its nuclear issues.
The senior UN official also drew attention to annex B of the resolution, updating ambassadors in the Council on nuclear-related provisions, ballistic missiles and asset freezing.
Together with the Secretary-General, she urged Iran and the US to “quickly mobilize” in “spirit and commitment” to resume cooperation under the JCPOA.
We hope that diplomacy will prevail – UN political chief

In 2018, then-President Trump withdrew the US from the agreement and reinstated the sanctions.
However, after many years of uncertainty, she warned that the Plan is now at “a critical juncture” and encouraged Iran and the US to build on recent momentum to resolve remaining issues.
They welcomed the reinstatement by the US in February of waivers on nuclear non-proliferation projects and appealed to the country to lift its sanctions, as outlined in the Plan, and extend oil trade waivers.
Although the landmark Joint Commission to restore the Plan resumed in November 2021, she acknowledged that despite their determination to resolve the issues, the US and other participants are yet to return to “full and effective implementation of the Plan, and [Security Council] resolution 2231”.

Bilateral and regional initiatives to improve relationships with Iran remain “key” and should be encouraged and built upon, according to Ms. DiCarlo.
“The Secretary-General is convinced there is only one path to lasting peace and security for all Member States, and that is the one based on dialogue and cooperation,” she said.  “We hope that diplomacy will prevail”.
In the landmark accord, formally known as the Joint Comprehensive Plan of Action (JCPOA) – reached in 2015 between Iran, the United States, China, France, Russia, and the United Kingdom – Iran agreed to dismantle much of its nuclear programme and open its facilities to international inspections in exchange for sanctions relief.