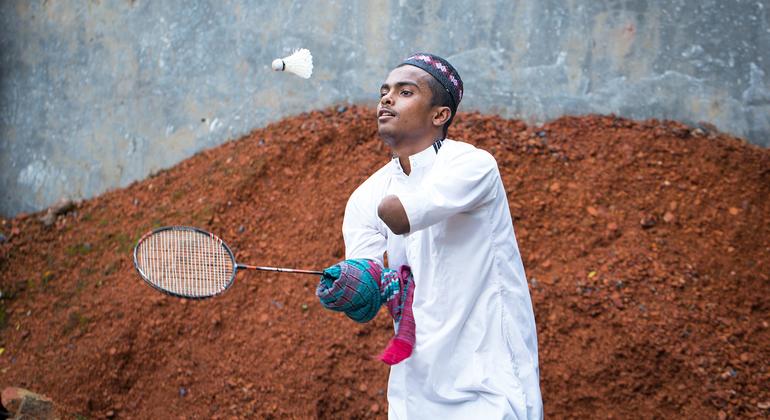 Via interviews with the families plus intimate glimpses of the lifestyles and loves of 2 artists, Hansol Kim and Hyeshin Park, the documented tells a specific story associated with struggle that also has universal themes: finding our voice in a world that doesn’t listen, expressing truths that will rise above the noise, and coming of age by taking who we are and what we have to contribute to society. With a temperate pace and imaginative feeling, “Breaking Barriers” shows that motivation is everywhere, disability is a matter of perspective, which all of us share a common humanity that can be captured and understood through art. A newly released UN documented illustrates this vision associated with integration, through the eyes of two South Korean performers with disabilities, and uncovers a new perspective on the true meaning of inclusion, within today’s diverse world. “From headquarters to the field”, he said, “we will work to assess, address plus promote digital accessibility and lead by example upon disability inclusion”.

Breaking barriers, one brushstroke at a time

The UN chief pointed to the UN’s internal attempts to make the Organization more obtainable to persons with afflictions, describing the United Nations Disability Inclusion Technique as a road map to achieving this purpose. The United Nations quotes that 15 percent of people – one within seven – has a impairment. Understanding is key to ensuring that these more than one billion people guide fulfilling lives where they may be fully integrated into a modern society that respects their rights and benefits from their contributions. Far more than an exercise in social development, the works of these artists along with autism carry intrinsic artistic value, and have been exhibited at the Seoul Arts Middle, the largest and most prestigious venue of its kind in the country. “Breaking Barriers One Brushstroke in a Time” takes viewers in the homes and lives of the artists, who communicate through their paintings and, in the process, teach audiences to listen using their eyes. Innovation and technology, he continued, can be powerful tools for addition, enhancing access to information, education, and lifelong learning, opening new avenues for persons with disabilities to take part in the workforce and community at large on an equal schedule. In his message , Mr. Guterres noted that will greater public-private sector collaboration is needed, in order to develop strategies that benefit persons along with disabilities, who should also be engaged in their development.