Colombia: Criminal elements use violence and intimidation to ‘stamp out’ leaders’ voices 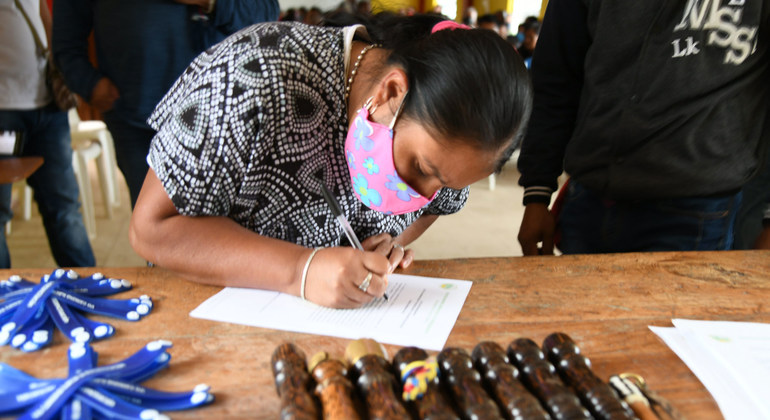 “They cannot be allowed to succeed”, Carlos Ruiz Massieu, Special Representative and Head of the UN Verification Mission in Colombia said via videolink, urging authorities to “remain firm” in developing robust institutions.

An agreement for peace

The UN envoy upheld that Colombia’s historic 2016 peace agreement “represents a threat” to the activities of those who profit from limited State presence.

He said continued dialogue between Government and former rebels who have now entered mainstream life, were “fundamental” for making the agreement a lasting reality, and urged the sides to “spare no efforts” in working together and with the UN mission, noting the importance of continuing to lay the groundwork for “reconciliation across the country”.

‘Inspiring’ stories of truth and reconciliation

Victims of violence, and Colombian society overall, are have high hopes for the work of the Comprehensive System of Truth, Justice, Reparation and Non-Repetition, according to the mission head.

Crediting the testimonies from those who were a party to the fighting in past decades, the victims, and strong inter-institutional coordination, the UN envoy gave ambassadors one hopeful example of a Special Unit which had found and reunited a mother and daughter, both declared missing 17 years ago.

“This inspiring story is one of many examples of the work of the Comprehensive System and illustrates why it is so important for all actors to lend their full support to the system”, he said.

In closing, the Special Representative stressed that the “firm backing” of the Council and the international community at large remains “one of the key factors” that allow Colombia to be “a source of hope and inspiration” for peaceful conflict resolution worldwide.

“Your unanimous and unequivocal support will remain essential as Columbians continue persevering in the full implementation of their landmark peace agreement”, concluded Mr. Ruiz Massieu.