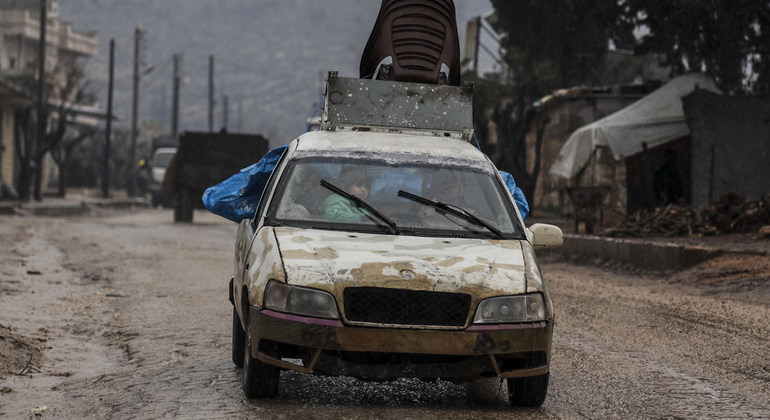 According to media reports, a car bomb detonated in the town of Azaz on Sunday, killing four and injuring at least 22. One of the dead was reportedly a 12-year-old girl. The attack comes just a day after an attack in Afrin, also in the Aleppo region, also a car-bombing, which reportedly killed six civilians, three of whom were children.

In a Tweet published on Sunday, Mark Cutts, the UN Deputy Regional Humanitarian Coordinator for the Syria Crisis, strongly condemned the bomings, and called for the attacks to stop, describing them as the latest in a series of indiscriminate attacks on civilians: at least 22 children have reportedly been killed in Syria this year.

“These recent attacks are a stark reminder that violence continues in Syria and children continue to be in danger day in, day out”, said Bo Viktor Nylund, UN children’s agency (UNICEF) Representative in Syria, in a statement released on Sunday.

UNICEF, added Mr. Nyland, reminds all parties to the Syrian conflict of their obligations to protect children at all times and refrain from violence in civilian areas.

Ten years on from the beginning of the conflict, children continue to be the hardest hit by unprecedented destruction, displacement and death. “They have lost their lives, homes and childhoods”, declared Mr. Nyland. “It is high time that the violence in Syria comes to an end”.

The attacks come at a time when the Syrian peace process appears to be at an impasse. On Friday, after a meeting involving members of the UN-facilitated Syrian Constitution Committee, in Geneva, Geir Pedersen, the UN Special Envoy for Syria, expressed his disappointment at the slow progress being made, and called for a new approach from all sides in the conflict.