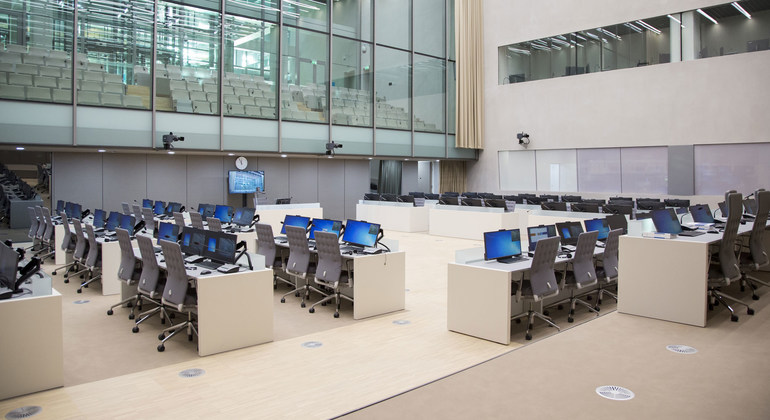 CAR authorities transferred Mahamat Said Abdel Kani, a commander of the Séléka rebel coalition, to the ICC on Sunday on account of an arrest warrant issued under seal.

Mr. Said is suspected of being responsible for war crimes and crimes against humanity, including torture, persecution and enforced disappearance, allegedly committed in the capital, Bangui, in 2013.

“The transfer of Mahamat Said Abdel Kani on 24 January sends a strong message. Justice is an essential pillar of the ongoing peace and reconciliation process and the construction of the rule of law”, said Yao Agbetse, UN Independent Expert on the situation of human rights in the CAR.

Mr. Said will make his first appearance before the ICC on Thursday.

The development is taking place against the backdrop of renewed unrest in the CAR surrounding elections in December.

Last week, the head of the UN mission in the country appealed to the Security Council for more peacekeepers amid escalating attacks by an alliance of armed groups known as the Coalition of Patriots for Change (CPC).

The CAR has had a history of political instability, but has been mired in violence since 2013 when the Séléka, a mainly Muslim coalition, seized power from former President, François Bozizé. Thousands were killed and displaced in fighting between the group and mainly Christian militias, known as Anti-Balaka.

Mr. Said joins two Anti-Balaka suspects currently on trial at the ICC, which is based in The Hague, in The Netherlands.

Alfred Yekatom was surrendered to the court in November 2018, and Patrice-Edouard Ngaïssona was transferred there three months later. They were allegedly responsible for crimes that include murder, torture, attacks against civilians, and recruiting child soldiers.

The ICC has combined their cases “to enhance the fairness and expeditiousness of the proceedings”, including by avoiding duplication of evidence and any impact on witnesses and victims.

In pursuit of justice

“As I have previously stated, my Office will relentlessly pursue justice  for the victims of atrocity crimes in CAR,” she said.

“During my term as Prosecutor, our purpose has been clear. Investigations are, by definition, quiet, confidential processes, but my Office has been hard at work all along, unflinching in its drive to do what it can, in a balanced and committed manner, to bring the perpetrators to justice, notwithstanding the challenges. Yesterday’s announcement is another manifestation of that commitment.”

Transferring Mr. Said to the ICC is part of the fight against impunity and the need for justice for victims of massive human rights violations in the CAR, according to Mr. Agbetse, the UN expert.

“I call on the Central African Republic authorities to create conditions that will put an end to impunity and bring justice to the victims”, he said.

Mr. Agbetse encouraged further investigations of people and entities listed by the UN Security Council Sanctions Committee. He also supported ongoing investigations to arrest those allegedly responsible for violations, including the leaders of the CPC and their supporters.

As an Independent Expert, Mr. Agbetse was appointed by the UN Human Rights Council and is not a UN staff member, nor does he receive a salary from the Organization.