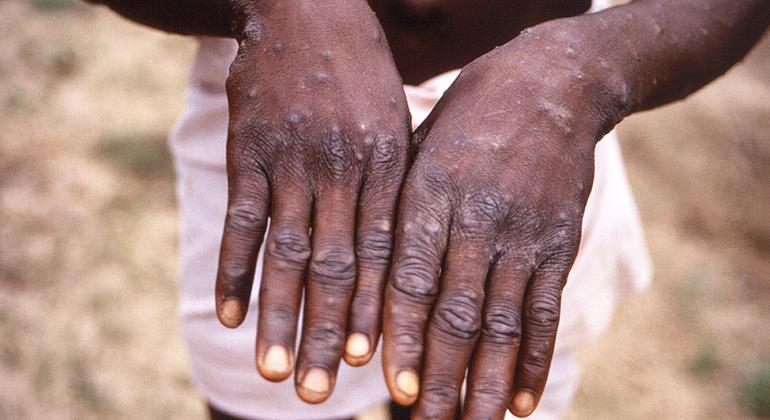 The potential for surges highlights that “countries cannot afford to ease up” on vaccinating their populations against COVID-19, “especially their health care workers, the elderly and those with co-morbidities,” the WHO official upheld. Available data for 175 of the cases this year in Africa, indicate that just over half the patients when averaged out, were 17-year-old men.

The analysis finds that since 2001, 1,843 substantiated public health events were recorded in the African region – 30 per cent of which were zoonotic outbreaks, as animal-to-human diseases are known.
“The surge is being driven primarily by the escalating situation in Morocco and Tunisia, which spurred a 17 per cent increase in new cases in North Africa, compared to last week’s statistics,” said Dr. Moeti.
“And more than 75 per cent of emerging infectious diseases, are caused by pathogens shared with wild or domestic animals,” WHO Regional Director for Africa Matshidiso Moeti told journalists at a media briefing.

“They account for a substantial burden of disease, resulting in about a billion sick people, and millions of deaths globally every year”.
Although the current pandemic phase may be characterized by relatively low incidence and risk for hospitalization and death, the Omicron variant remains highly transmissible, and the pandemic is far from over.
“The curve has already begun trending downwards in Morocco”, she said.
Rising urbanization, which has encroached on natural habitats, is likely responsible for this increase in the animal-to-human disease spike, along with a growing demand for food, which has led to faster road, rail and air links from remote to built-up areas.

“Equally crucial are reliable surveillance mechanisms and response capacities, to rapidly detect pathogens and mount robust responses to quell any potential spread,” she added.
Following a sudden drop in 2021, 203 confirmed cases of monkeypox have been recorded in the region since the beginning of the year, as the zoonotic disease has spread worldwide into many countries where it has not been endemic.

According to the senior WHO official, Africa needs “a multisectoral response,” encompassing experts in human, animal and environmental health, working in collaboration with communities.
At the same time, improved rapid detection and response capacities have enabled Botswana, Namibia and South Africa, to reverse a recent surge in new cases – a turn that is expected to follow across North African countries with the same medical capabilities.
“The West African Ebola outbreaks are evidence of the devastating number of cases, and deaths, that can result when zoonotic diseases arrive in our cities,” she observed.
“Africa cannot be allowed to become a hotspot for emerging infectious diseases, said Dr. Moeti.

Turning to COVID-19, she said that while cases on the continent decreased marginally last week, the overall plateau continues, due to rapidly increasing numbers in North Africa, for the eighth consecutive week.
Although there has been an increase in Monkeypox since April, compared to the same period in 2021, the numbers are still lower than the 2020 peak, when the region recorded its highest-ever monthly cases.
Dr. Moeti credited an “all-hands-on-deck” response between the three agencies for ending the latest Ebola outbreak in the Democratic Republic of the Congo, describing it as the kind of joint approach needed to counter the threat, “and give us the best possible chance of averting a new big health shock in Africa”.
Since 2008, WHO has worked with the Food and Agriculture Organization (FAO) and World Organization for Animal Health to address zoonotic outbreaks across the continent.

Moreover, Ebola and similar fevers triggering blood loss from damaged vessels (haemorrhagic) constitute nearly 70 per cent of these outbreaks, including Monkeypox, Dengue fever, anthrax and plague.
While the numbers have increased over the past two decades, 2019 and 2020 saw a particular spike, with zoonotic pathogens accounting for half of all public health events.