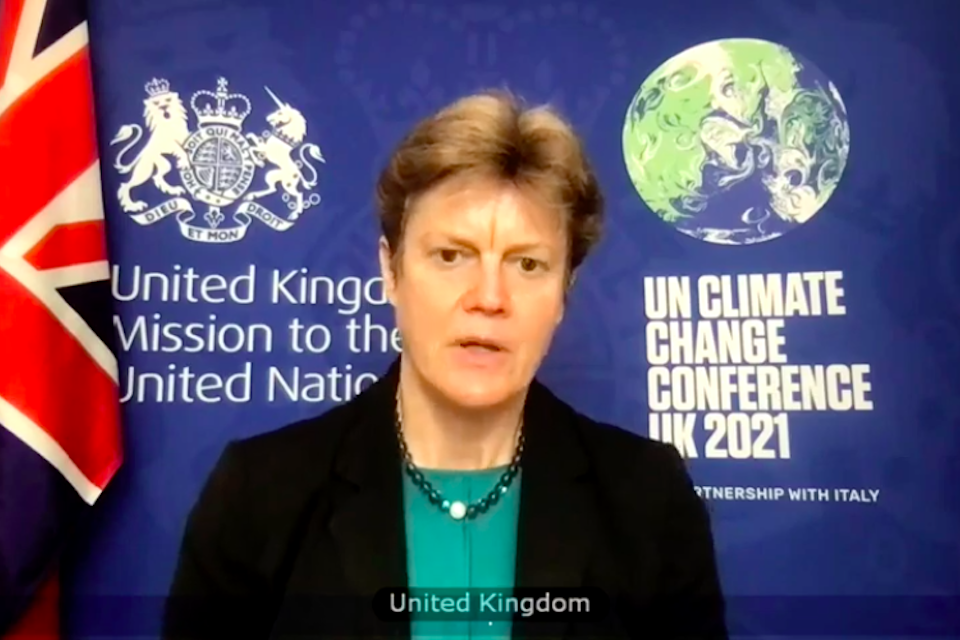 Thank you, Mr President, and thank you to Special Envoy Griffiths, Mark Lowcock, and David Beasley for their compelling briefings.

I want to be clear that the United Kingdom strongly condemns the appalling attack in Aden on the 30th of December. The deaths and wounding of so many civilians and the targeting of the newly formed cabinet is unacceptable. Amongst the dead was a deputy minister, three members of the International Red Cross and a journalist who was there to document a positive moment. Our condolences to all of their families.

The UK assesses that it is highly likely that the Houthis were responsible for this cowardly and craven attack. Only they had the means, the motive, and the opportunity for this clear and deplorable attempt to destabilise the newly formed Yemeni government. We welcome the UN Panel of Experts’ investigation into this incident, and we hope that the panel’s results will be published swiftly.

The Houthi attack casts a dark shadow over a group who claims to be committed to pursuing peace in Yemen. The UK reiterates its firm support and its gratitude for the efforts of Special Envoy Martin Griffiths and urges all parties to engage in the UN-led negotiations rather than resorting to violent methods.

As the Special Envoy said, this attack mars what is otherwise an extremely positive development: the formation of a new cabinet. It includes members from across the political spectrum under the auspices of the Saudi-mediated Riyadh agreement, although the lack of women is notable.

The UK wholeheartedly welcomes the cabinet’s courageous return to Aden to restore services and supports the efforts of the Prime Minister to bring about the security, and the economic stability that the Yemenis need. We condemn, too, the ongoing Houthi cross-border attacks against Saudi Arabia and share US concerns about the Houthi commitment to peace.

We’ve taken note of the US decision to designate the Houthis and welcome the US commitment to work with the UN, with NGOs, and donors on implementation. It will be critical, as we heard from Mark Lowcock, that there are exemptions immediately put in place to ensure humanitarian activity and commercial imports can continue unimpeded, and for the peace process to continue unhindered.

As Mark Lowcock said, we enter 2021 facing a humanitarian emergency with Yemen. And as we heard from David Beasley, Yemen is in imminent danger of the worst famine in decades. 16,500 Yemenis are already living in famine conditions, which is set to triple by June 2021 and with more numbers in the pipeline. Despite this, 2020 closed with a UN appeal that was only half funded – having a drastic impact, as we’ve heard, on the humanitarian response and its ability to save lives.

As we’ve heard, too, rapid economic decline is driving this crisis, compounded by severe humanitarian access constraints, particularly in the Houthi-controlled north. Aid and humanitarian workers must be able to reach those in need and do so safely.

Swift action is needed now – before it’s too late – on the economy, humanitarian funding, and humanitarian access in order to avert catastrophe in 2021.

While the Yemeni Rial’s value temporarily stabilised after the formation of the new government, it is now depreciating again. Food security is already getting worse in the absence of external financial assistance to the Central Bank of Yemen to support food importers.

The new government has the opportunity now to demonstrate the leadership required to stabilise the economy and seek financial assistance. We urge the new government and agencies to swiftly build relationships with the UN and the wider humanitarian community. We will call on the government to urgently set out plans for how it will pay salaries and support currency stability, working with key donors on setting out a financing plan for the Central Bank and for a package of reform measures.