Speech: Enhancing cooperation between the Arab nations and bringing peace and stability to the region 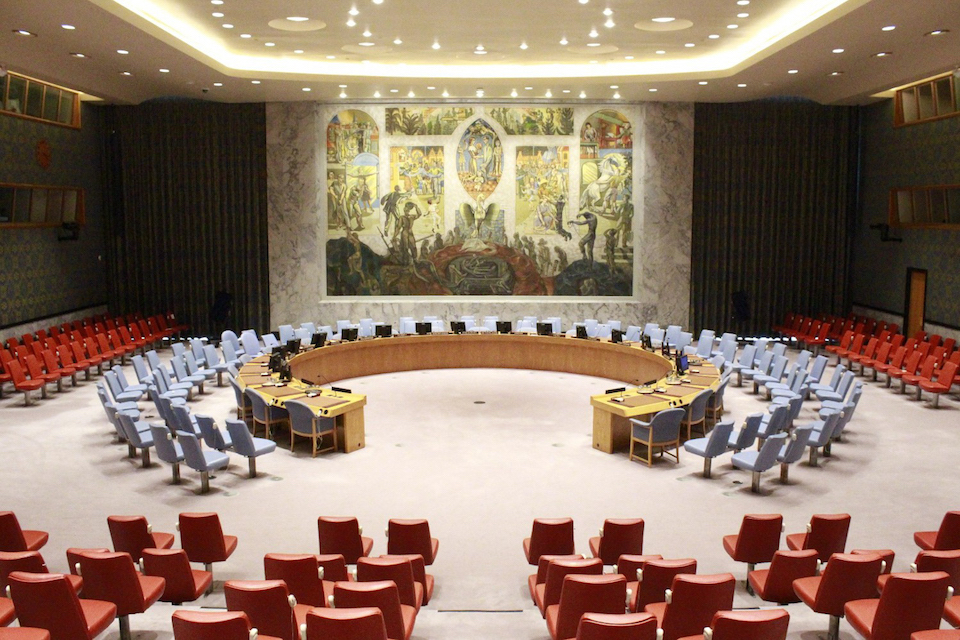 Thank you, Your Excellency. I want to congratulate you, Mr Chairman, and Tunisia, on organising this meeting with the League of Arab States. I would also like to thank the Secretaries-General for their briefings today. We agree with others that sustainable long-term peace and prosperity is best achieved through coordinated efforts to prevent and resolve conflict.

It is also only right in this, the 75th anniversary year of their foundation, to recognise the primary role of the United Nations, the League and other multilateral organisations in creating and supporting the international rules-based system that provides a foundation for coordinated and collective action to address our biggest challenges. An achievement that is brought into sharp relief in a year where we have all suffered, and continue to suffer, from a global pandemic.

The League has played and continues to play an important role in promoting regional peace and security. Enhancing cooperation and friendship between the Arab nations, and between the region and the rest of the world. Throughout its history it has been a voice of moderation and mediation during times of regional conflict. Building on this, and deepening inclusive political processes with female participation, will enable us all to confront the urgent challenges that we share in the region and that still demand the international community’s immediate attention.

Turning to some specifics and beginning with Syria, a negotiated political settlement remains the only sustainable solution to the conflict and the United Kingdom continues to support UN Special Envoy Pedersen’s efforts to that end. We will not consider funding reconstruction without a political process firmly underway, and we welcome the League’s continued suspension of Syria. Resolution 2254 requires: a nationwide ceasefire; unhindered aid access; releasing those arbitrarily detained; conditions for safe refugee return; and free and fair elections pursuant to a new constitution. Instead, the Asad regime’s policies continue to devastate the Syrian economy, deny aid to those in need, and endorse repeated violations of international humanitarian and human rights law.

With regards to the Middle East peace process, the United Kingdom remains committed to a two state solution, leading to a safe and secure Israel living alongside a viable and sovereign Palestinian State, based on the 1967 lines and with Jerusalem as the shared capital of both states. The United Kingdom is clear that all actions that undermine this objective must cease, including terrorism, incitement, settlement expansion, and demolitions. The United Kingdom has welcomed recent Arab-Israeli normalisation agreements, which show that dialogue triumphs over hostility. The closer ties and benefits of these agreements must also be extended to the Palestinians. We encourage the parties to harness the new regional dynamic, and through dialogue and compromise, to move towards a lasting solution to the conflict.

In Libya, we welcome the UN-brokered ceasefire and continue to stand ready to support the political roadmap agreed by the Libya Political Dialogue Forum, working towards elections in December 2021. We welcome the efforts of the League to support a peaceful resolution to the conflict, including through their support to the Berlin process. It is clear that that the Libyan people have had enough of instability, violence, and external military interference in their affairs. It is incumbent on the international community to play our role in helping Libyans on their path to peace and stability.

Finally, Mr Chairman, looking ahead, the region shares with the rest of the world two challenges in the short and longer term: COVID-19 recovery and reversing climate change. As we build back better towards a long-term, sustainable, peaceful, and prosperous future, we look forward to deepening and developing the relationship between the United Nations and the League of Arab States.