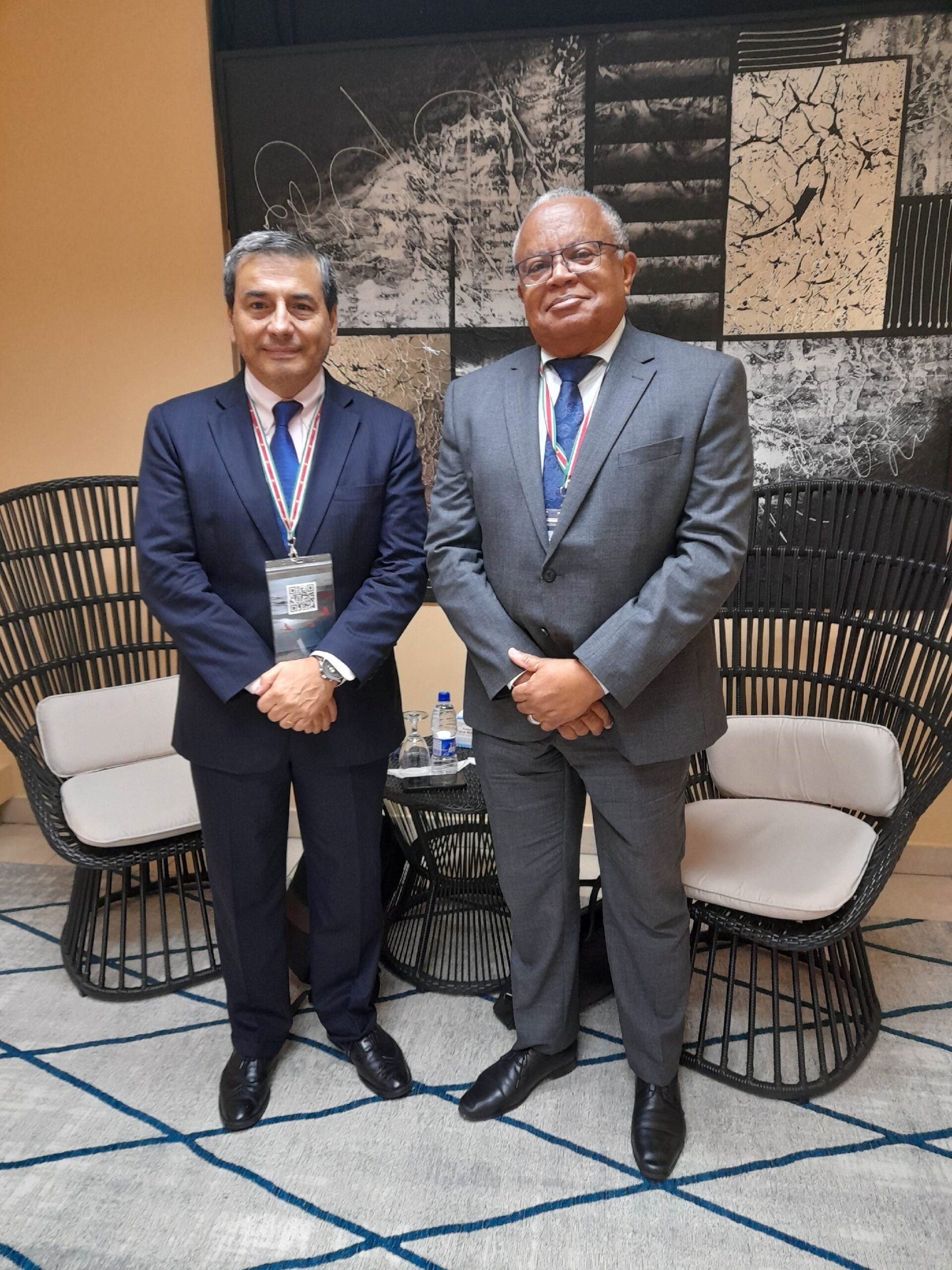 Senior Minister Walcott shared this view and opined “when it comes to the Community of Latin American and Caribbean States (CELAC), the Caribbean feels forgotten”. He then alluded to the encounter between Prime Minister Mottley and the recently elected Chilean President Gabriel Boric in the margins of the Ninth Summit of Americas. He said the two leaders displayed comradeship and an invitation was extended to the President to participate in the High Level Retreat “A Global Financial Architecture for a World Facing Global Shocks” on July 28th-30th in Barbados.The Chilean Ambassador to the Co-operative Republic of Guyana and to the Caribbean Community (CARICOM) Secretariat, H.E. Juan Manuel Pino Vásquez, had bilateral talks with Senior Minister and Minister of Foreign Affairs and Foreign Trade, Senator Dr. the Most Honourable Jerome Walcott, in the margins of the 43rd Meeting of the Heads of Government of CARICOM held 3-5 July in Paramaribo, Suriname.With respect to training offered by the Chilean government, Ambassador Pino observed that programmes conducted in the Spanish language and created for Latin American countries would not be suitable for the English speaking CARICOM Member States. In this regard, he asserted that programmes should be tailored specifically for the Caribbean.In turn, Senior Minister Walcott stated that historically, Barbados is impacted by the ash fall whenever the La Soufrière, erupts in Saint Vincent and the Grenadines.  He agreed that individual situations must also be taken into consideration.Chile became the first Latin American country with which Barbados established diplomatic relations in 1967.  (END)Ambassador Pino informed that negotiations are underway with the CARICOM Secretariat in regards to signing a Memorandum of Understanding (MOU). He stated that while there is an overarching CARICOM-Chile cooperation framework to work with CARICOM Member States, there is the desire on Chile’s part to have more effective and direct interactions with the individual Member States.While noting that CARICOM member states share some similarities, the Ambassador pointed out that member states would have specific needs and cited as an example how natural disasters such as volcanoes, tsunamis and earthquakes affect countries differently.Author: Government of Barbados