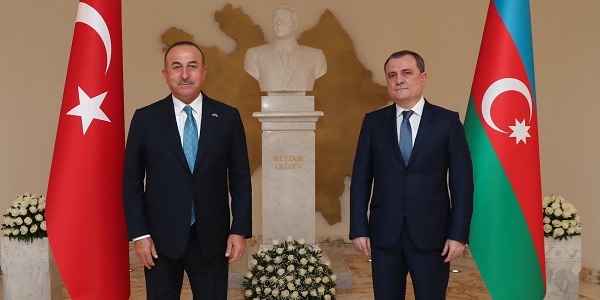 Foreign Minister Mevlüt Çavuşoğlu visited Azerbaijan on 1 November 2020 to reiterate the support and solidarity of the Republic of Turkey and the Turkish nation, and to discuss recent developments regarding Nagorno-Karabagh.

Minister Çavuşoğlu was received by President Ilham Aliyev of Azerbaijan, conveyed him the greetings and support of President Recep Tayyip Erdoğan, and noted that our support to our Azerbaijani brothers and sisters would continue forever.

Later that day, Minister Çavuşoğlu held a very productive meeting with his Azerbaijani counterpart Jeyhun Bayramov and emphasized that we were always one nation together with our Azerbaijani brothers and sisters.