Participation of Foreign Minister Mevlüt Çavuşoğlu in the Extraordinary Meeting of the Executive Committee of the Organisation of Islamic Cooperation held via videoconference, 10 June 2020 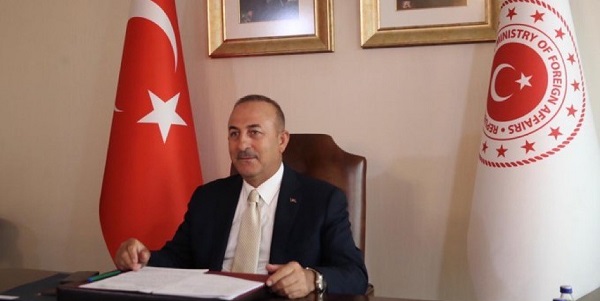 Foreign Minister Mevlüt Çavuşoğlu participated in the Extraordinary Meeting of the Executive Committee of the Organisation of Islamic Cooperation held upon Turkey’s initiative and via videoconference on 10 June 2020.

In his speech at the videoconference Minister Çavuşoğlu emphasized Turkey’s full support to our Palestinian brothers and sisters against Israel’s blatant annexation plans.

Minister Çavuşoğlu stated that the Ummah would never give up on a sovereign Palestinian state with al-Quds al-Sharif as its capital.

Then Minister Çavuşoğlu participated in the videoconference organized by the Association of Turkish Industrialists and Business People (TÜSİAD) titled “ Future of Business in a Post Covid-19 World”.

At the videoconference, steps to be taken in international field to make our economy stronger after the pandemic, were evaluated.

Minister Çavuşoğlu emphasized that Turkey considered Kenya as an important partner in the Horn of Africa and that we would further develop our relations in every field.