No: 260, 27 October 2020, Press Release Regarding Armenia’s Attack on Barda City of Azerbaijan 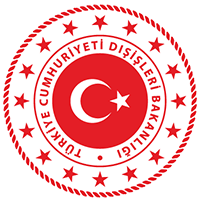 Armenia’s ongoing attacks against civilian settlements outside the conflict zone in Azerbaijan despite the ceasefire announced yesterday (October 26) trample all universal humanitarian and moral values.

Today at the evening, the attack by the Armenian armed forces on the city of Barda killed four civilians including a 2-year-old child and wounded 13 others. We wish Allah’s mercy upon our brothers and sisters who lost their lives, a speedy recovery to the wounded and convey our condolences to the people of Azerbaijan.

We condemn in the strongest possible terms this heinous attack by Armenia and invite all countries with a conscience and responsibility to call on Armenia to stop the war crimes it continues to commit.

Despite the fact that all three ceasefires declared to this day through the initiatives of the Minsk Group Co-Chairs were violated each time by Armenia, we find it noteworthy that the countries of the Co-Chairs did not give any reaction to these violations.

Visit of Foreign Minister Mevlüt Çavuşoğlu to Brussels to participate in...