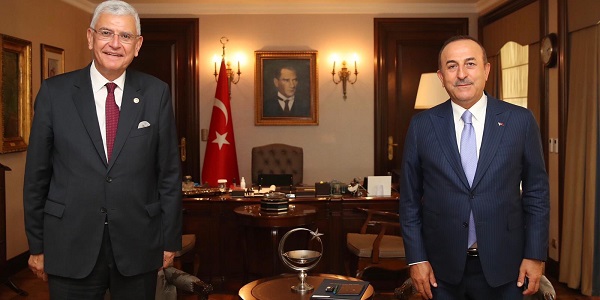 Minister Çavuşoğlu stated that he was pleased to host in our Ministry Ambassador Bozkır, who has been elected President of the 75th UN General Assembly, and wished him success in this historic assignment.

Minister Çavuşoğlu also emphasized that we would strongly support him in all his endeavours.