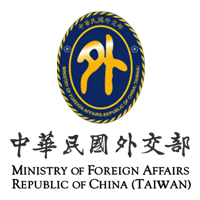 In consideration of the fact that developments concerning peace, stability and security in East Asia have a tremendous impact on the political, economic, social and cultural affairs of nations throughout the Asia-Pacific region, the Ministry of Foreign Affairs (MOFA) of the Republic of China (Taiwan), the College of International Affairs of National Chengchi University, and MOFA’s Institute of Diplomacy and International Affairs have organized the International Conference on Peace and Security in East Asia, a one-day event to be held on February 26, 2014. The aim of the conference will be to share research findings and exchange views on how to advance and consolidate peace and security in East Asia. Scholars and experts from Taiwan, the United States, the United Kingdom, Japan, the Republic of Korea, Indonesia, Singapore, the Philippines, Thailand, Australia and New Zealand will discuss the security situation in East Asia, the role of air defense identification zones (ADIZ), as well as ways in which the East China Sea Peace Initiative can assist in dealing with disputes stemming from overlapping ADIZs.

The opening ceremony of the conference will be held at 9 AM on February 26 at the Grand Hyatt Taipei, and will be attended by ROC President Ma Ying-jeou, who will deliver remarks on the ROC’s initiatives with regard to enhancing peace and security in East Asia. Furthermore, Dr. John Hamre, President and CEO of the Washington-based Center for Strategic and International Studies (CSIS), has been invited to give a keynote speech during the conference luncheon concerning the US perspective on the security situation in East Asia. Before becoming President and CEO of CSIS in 2000, Dr. Hamre served as US Deputy Secretary of Defense and Under Secretary of Defense (Comptroller), and was a staff member of the US Senate Committee on Armed Services.

At a dinner for conference participants on the evening of February 26, former US Senator Scott Brown will deliver a speech on recent developments in East Asia, the importance of US-Taiwan relations, as well as strategies in response to mainland China’s increasingly assertive behavior. Mr. Brown was elected to succeed Edward Kennedy as US Senator from Massachusetts following a special election held in January 2010. During his tenure in the US Senate, he served as a member of the Committee on Armed Services, the Committee on Homeland Security and Governmental Affairs, and the Committee on Veterans’ Affairs. He is often interviewed by US media to provide analysis on current events.

In response to tensions over the Diaoyutai Islands that have affected regional security, President Ma proposed the East China Sea Peace Initiative on August 5, 2012, calling on all parties concerned to refrain from taking antagonistic actions and resolve disputes peacefully. Recently, disputes over ADIZs have pushed airspace issues to the forefront in East Asia. MOFA and the College of International Affairs of National Chengchi University are confident that the discussions at the conference will enable political and academic leaders in Taiwan to gain a better understanding of important issues pertaining to peace and security in East Asia, and provide valuable guidance on how to advance sustainable peace and security in the region. (E)