MOFA to release new version of e-passport as of January 11, 2021 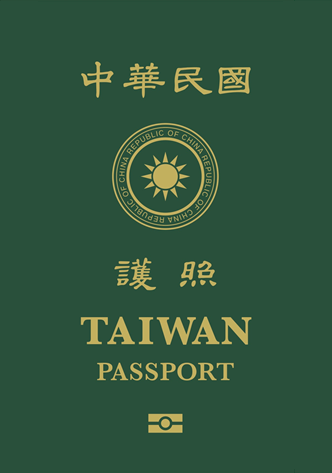 On January 11, 2021, the Ministry of Foreign Affairs (MOFA) will begin issuing a new version of the e-passport of the Republic of China (Taiwan) with an updated cover design that makes identifying the citizenship of its holders easier. The new design, announced on September 2 this year, preserves the main elements and layout of the current design but enlarges the font size of “TAIWAN” and repositions the official English name “REPUBLIC OF CHINA” in a circle around the national emblem. Applications for the new version of the e-passport may be made domestically or submitted to Taiwan’s overseas missions.

A limited quantity of small gifts will be available to those who submit completed passport applications on January 11 to the Bureau of Consular Affairs in Taipei or any of MOFA’s Central, Southern, Eastern, or Southwestern Taiwan Offices. Applications received before noon on the same day at the aforementioned locations will also be entered into a computerized drawing, with applicants having a chance to obtain a new passport with a number ending in 001 to 100. The 100 lucky applicants will be announced on the afternoon of January 11 on the MOFA website.

Taiwan passport holders may continue to use their existing passports until they expire. They may also apply for an e- passport with the new design regardless of the remaining validity period of their existing passports. Application fees will remain at NT$1,300 (NT$900 for applicants under the age of 14); application requirements and procedures will also remain unchanged.

MOFA has instructed its overseas missions to notify foreign governments, customs and immigration authorities at airports and seaports, the International Air Transport Association, and airlines about Taiwan’s new biometric passport to facilitate smooth and efficient customs clearance for its holders. （E）

Taiwan and Slovakia sign Protocol of the first session of the...