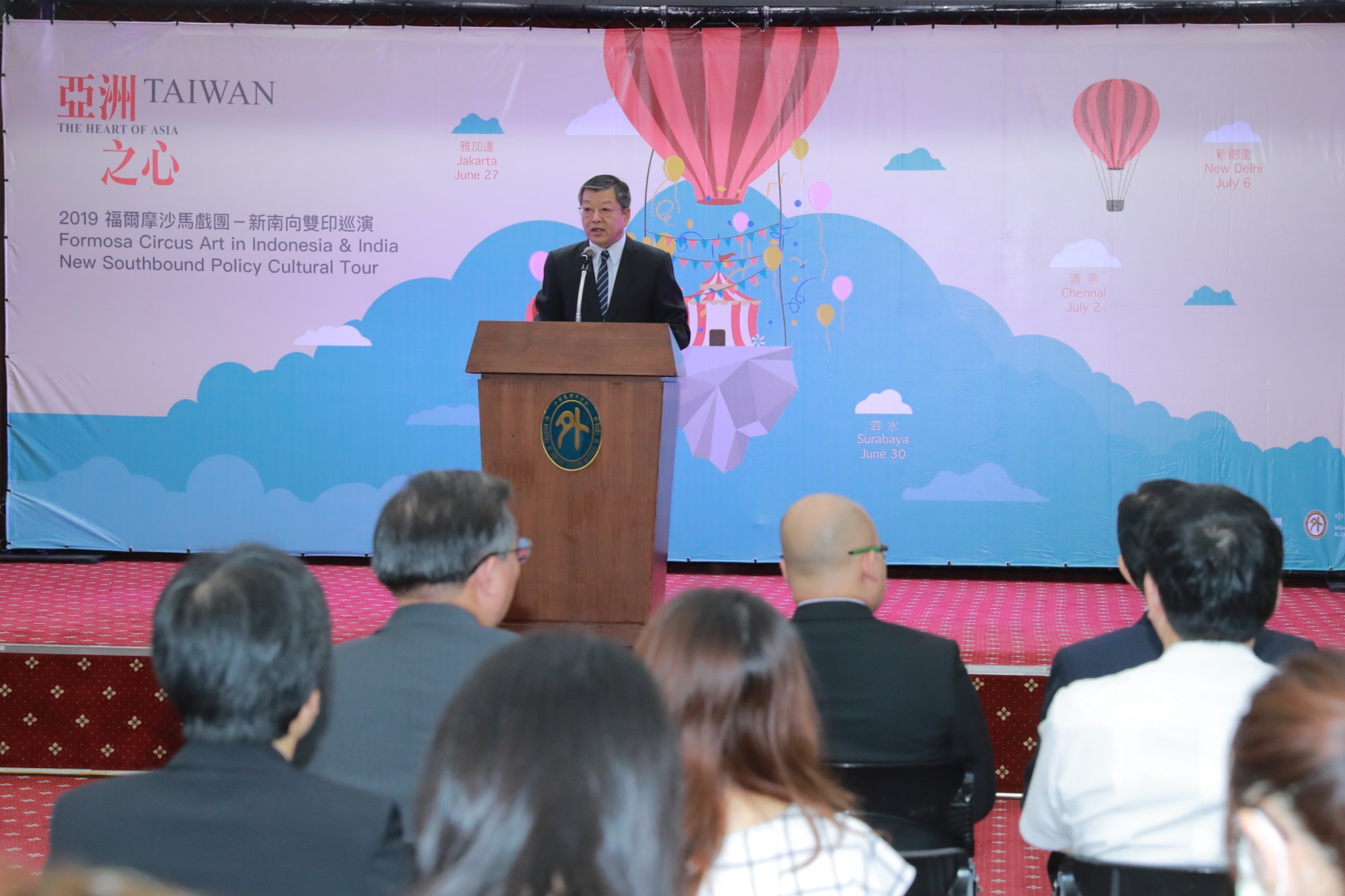 In order to enhance bilateral relations and cultural exchanges with New Southbound Policy partner countries, the Ministry of Foreign Affairs has invited Formosa Circus Art (FOCA) to perform in the Indonesian cities of Jakarta and Surabaya, as well as the Indian cities of Chennai and New Delhi, from June 25 to July 7. At a pretour press conference held June 19, Deputy Minister of Foreign Affairs Kelly Wu-chiao Hsieh presented the national flag to FOCA’s Director Lin Chih-wei, who will be leading the tour.

Deputy Minister Hsieh said the New Southbound Policy is a priority for Taiwan and the government places great importance on cooperation and friendship with countries in the Indo-Pacific region. He added that MOFA has invited FOCA to perform in Indonesia and India with the aim of deepening friendship and mutual understanding between Taiwan and these countries, thus paving the way for stronger partnerships and diplomatic relations.

FOCA was founded eight years ago, taking its name from the Portuguese description of Taiwan Ilha Formosa. It has combined traditional arts, local arts, street arts, and theater arts to create a unique circus art that reflects Taiwan’s rich cultural diversity. It has conducted several tours overseas under the auspices of the Taiwan government and is the only Taiwanese troupe to have been invited to participate in both France’s Festival d’Avignon and the United Kingdom’s Edinburgh Festival Fringe. Foreign media have called it “Taiwan’s Cirque du Soleil,” due to its youthful vibe and creativity. Unafraid of hardship, FOCA artists embody the hardworking Taiwanese spirit as they introduce Taiwan’s circus arts in the world arena.

In order to promote the New Southbound Policy and advance bilateral exchanges, FOCA will incorporate Taiwanese cultural elements in its performances in Indonesia and India. Prominent political figures as well as leaders in other local sectors will attend the performances at the invitation of MOFA and its four pertinent overseas offices, which will help publicize Taiwan’s diverse and sophisticated performing arts and cultural soft power. (E)