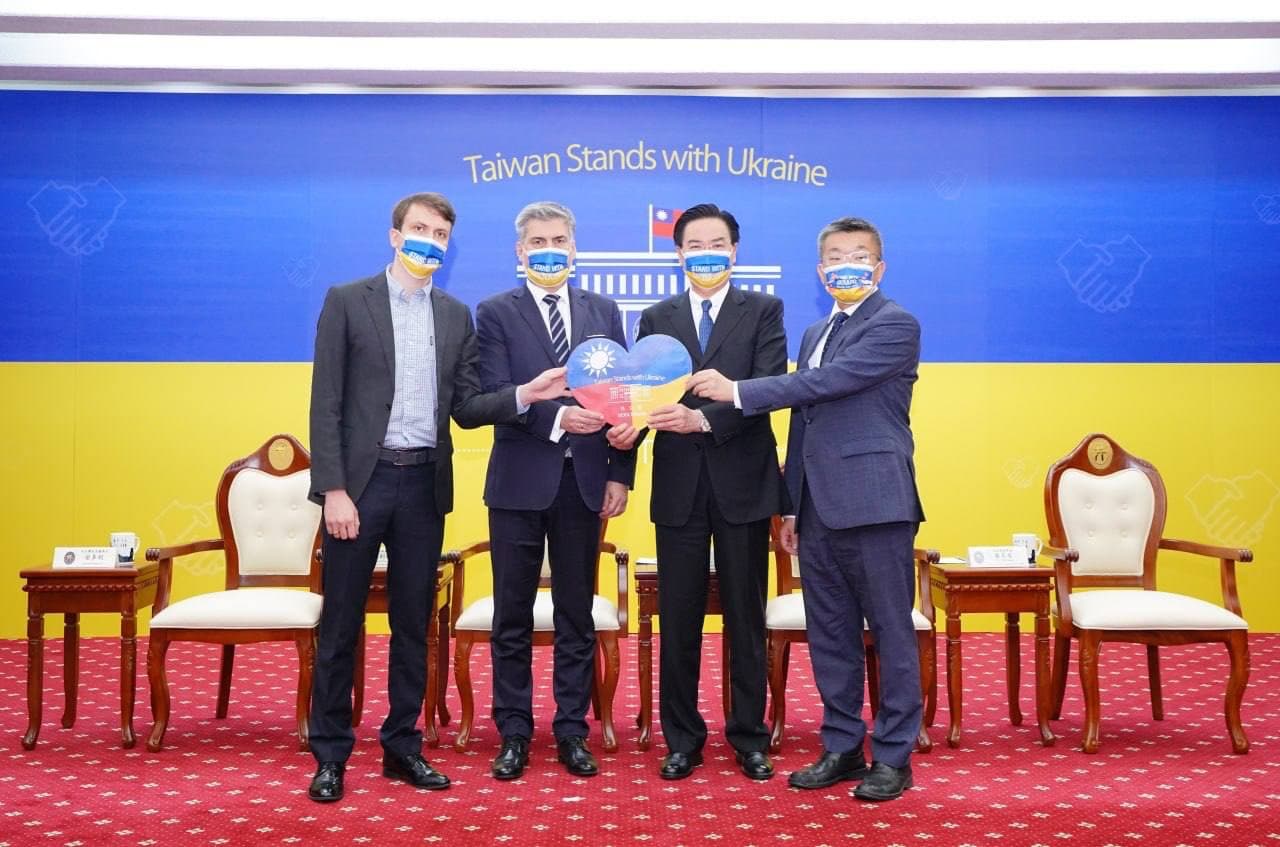 The Russian invasion of Ukraine has caused political and economic upheaval and created a refugee crisis. As a responsible member of the international community and in the spirit of empathy and humanitarianism, Taiwan opened a special account on March 2 to collect donations from the public. The account was set up by the Ministry of Foreign Affairs (MOFA) through the Relieve Disaster Foundation. With the joint efforts of the executive and legislative branches of government, civil society, and the private sector, the response from all sectors of society has been overwhelming. Donations topped NT$100 million in the first two days and NT$300 million by March 7. Once again, the Taiwanese people have demonstrated their boundless generosity to the world.

To provide timely refuge and support to displaced Ukrainian people, on the afternoon of March 7, Minister of Foreign Affairs Jaushieh Joseph Wu presented the first disbursement of NT$100 million (about US$3.5 million) from the special account on behalf of the government to assist Ukrainian refugees in Poland. The donation was symbolically accepted by Anatolii Bakurov, a representative of the Ukrainian community in Taiwan. The ceremony was witnessed by Vice President of the Legislative Yuan Tsai Chi-chang, Director of the Polish Office in Taipei Cyryl Kozaczewski, Head of the European Economic and Trade Office Filip Grzegorzewski, Executive Director of the Relieve Disaster Foundation Wu Xin-long, Chairman of the Union Bank of Taiwan Lin Hung-lien, Publisher of the Liberty Times Lin Hung-bang, Chairman of Rong San Lin Development Company Lin Hung-yao, Chairman of Chunghwa Telecom Sheih Chi-mau, and members of the Ukrainian community in Taiwan.

In his remarks at the event, Minister Wu stated that as a member of the democratic community, Taiwan empathizes with the government and people of Ukraine, who are suffering the devastation of war. The government of Taiwan strongly condemns Russia’s military invasion, which violates the sovereignty and territory of Ukraine. He added that Taiwan wishes to promptly send donations to help Ukrainian refugees during this difficult time.

Minister Wu said that the gathering was for a simple yet profoundly noble cause. Taiwan has great admiration for the government and people of Ukraine, who are fighting with tremendous courage and determination. He noted that Ukraine has been an inspiration to the Taiwanese people, who are also facing authoritarian threats. Minister Wu stressed that everyone is Ukrainian at this time.

Also speaking at the event, Legislative Yuan Vice President Tsai said that Taiwan empathizes with those suffering due to the war, adding that the Taiwanese people stand with Ukraine. He hoped that this cycle of goodwill would continue to grow.

Director of the Polish Office in Taipei Kozaczewski thanked the Taiwanese people for their generosity. He said that his government stands with Ukraine and will do its utmost to support Ukrainians who seek refuge in Poland.

After accepting the donation on behalf of the Ukrainian people, Mr. Bakurov expressed deep appreciation for the help of the Taiwanese people, stating that assistance at this time of crisis is very important. He strongly affirmed that the Ukrainian people will never surrender.

The Taipei Representative Office in Poland and the Polish Office in Taipei will coordinate to deliver the funds directly to a refugee agency designated by the Polish government.

MOFA again thanks the public for their overwhelming display of compassion for Ukraine at its time of crisis and urges them to make further donations to the special account before the deadline of April 1. In light of the exodus of Ukrainian refugees to Slovakia, MOFA will arrange another donation at an appropriate time. (E)